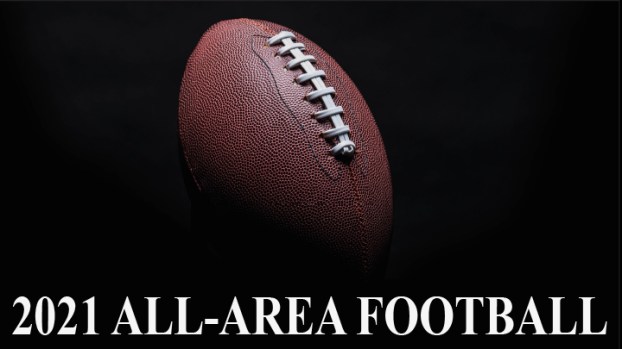 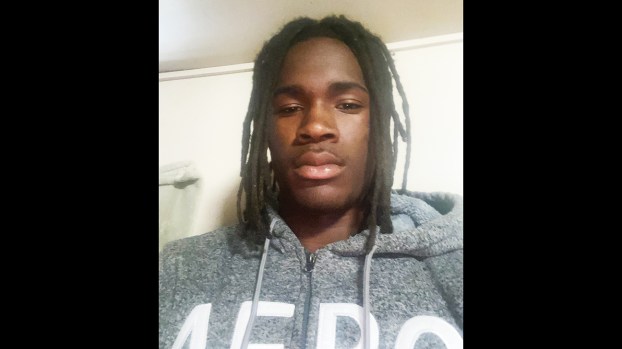 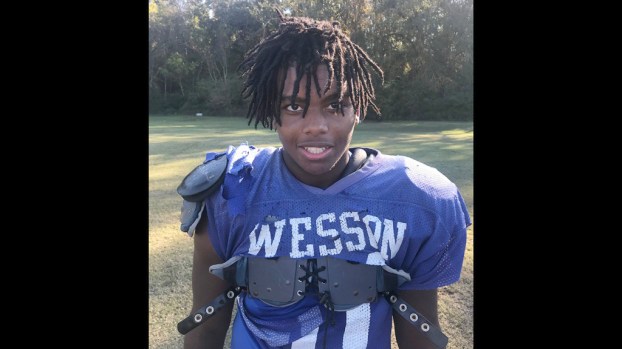 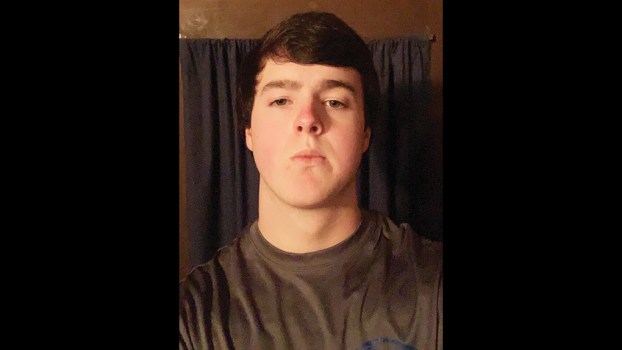 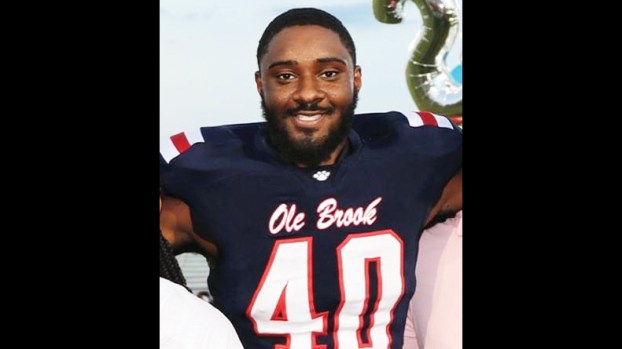 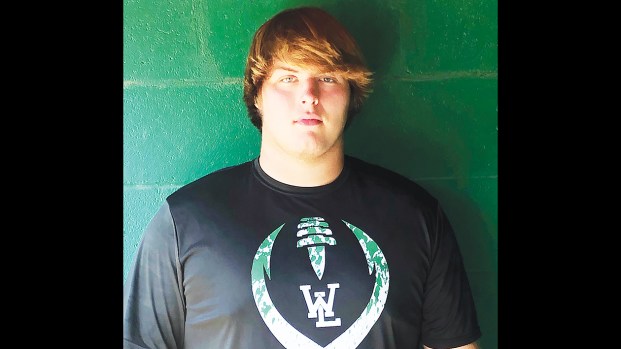 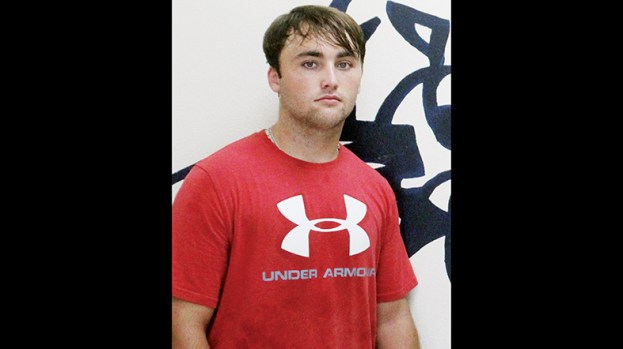 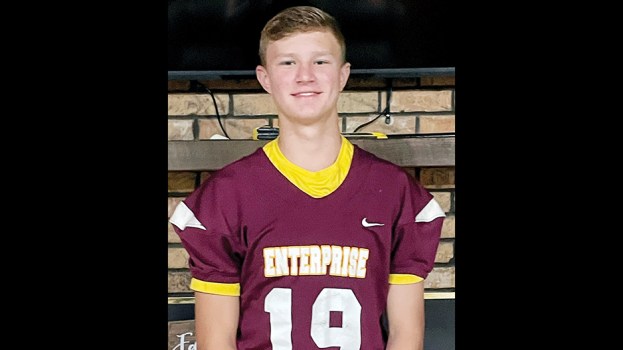 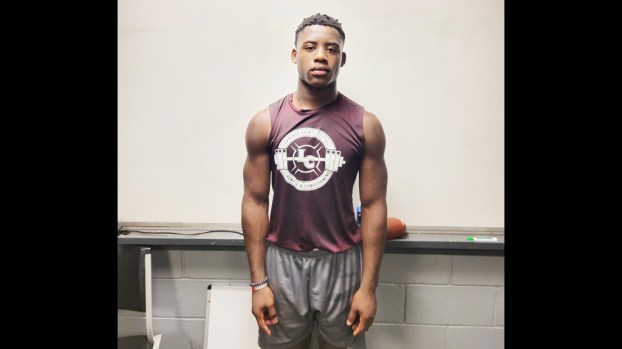 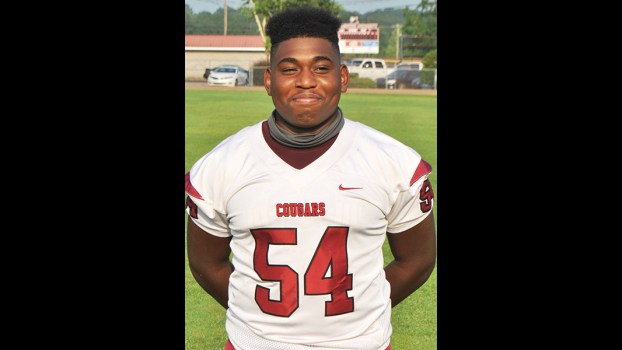 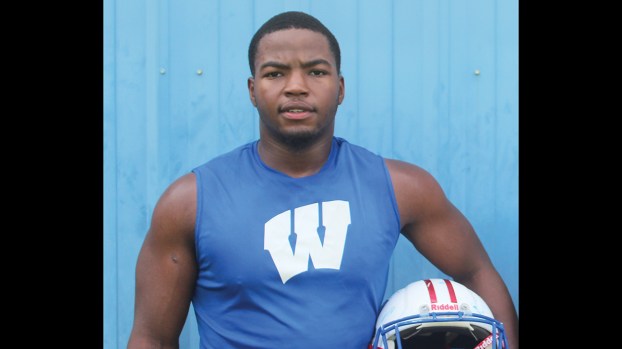 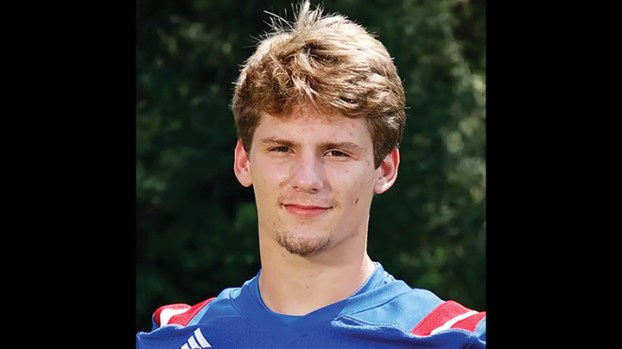 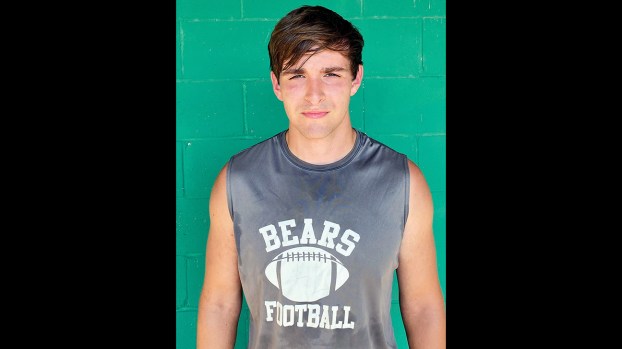 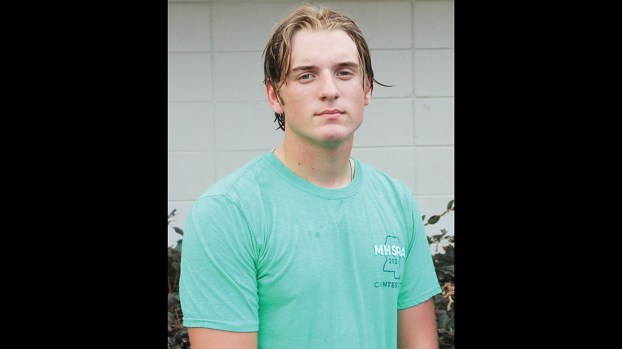 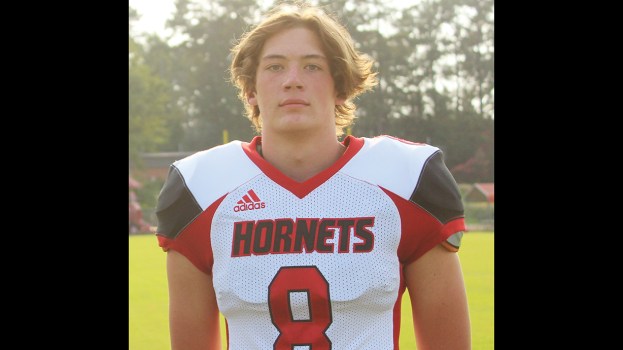 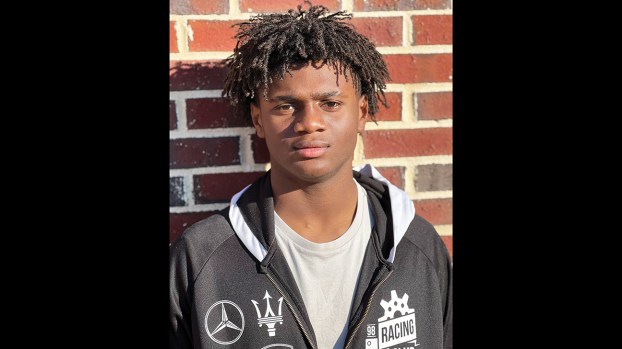 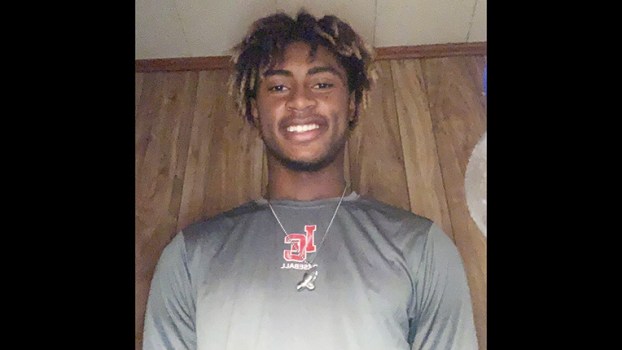 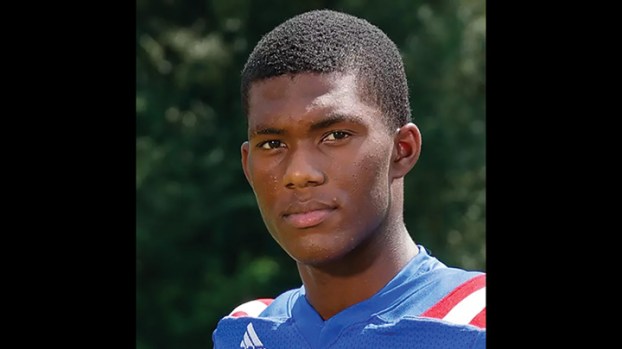 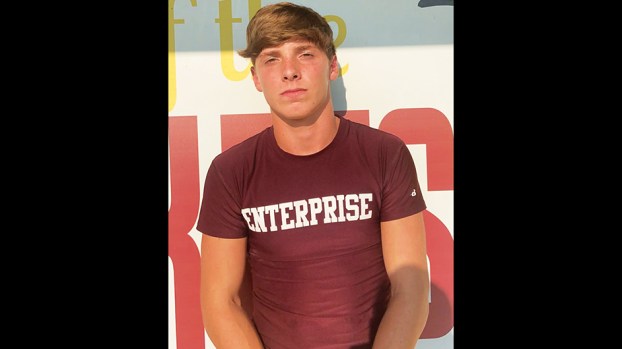 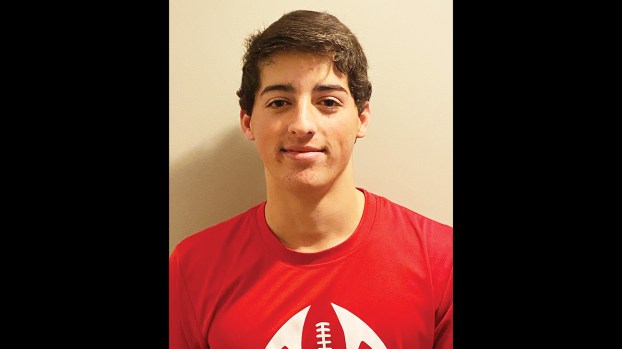 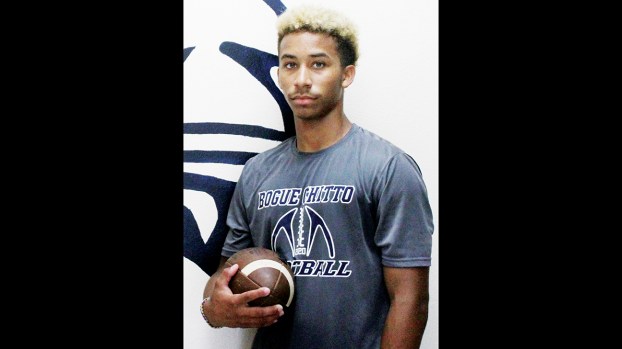 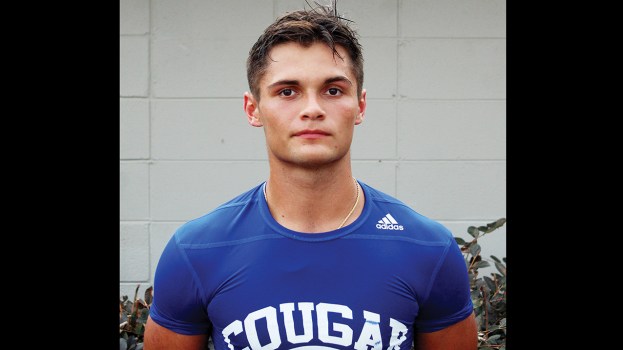 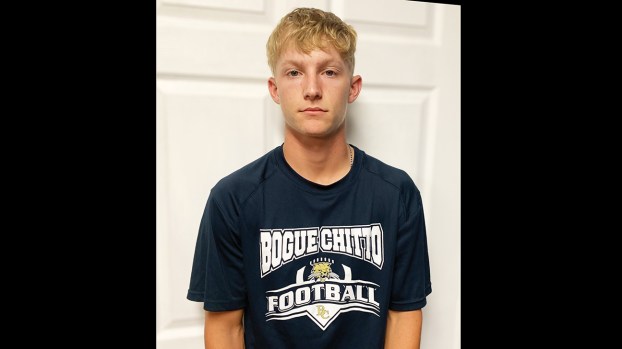 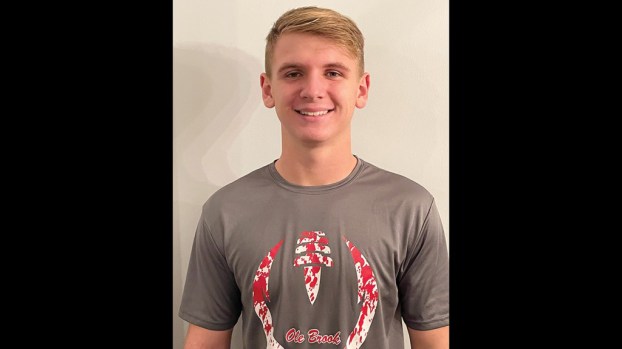 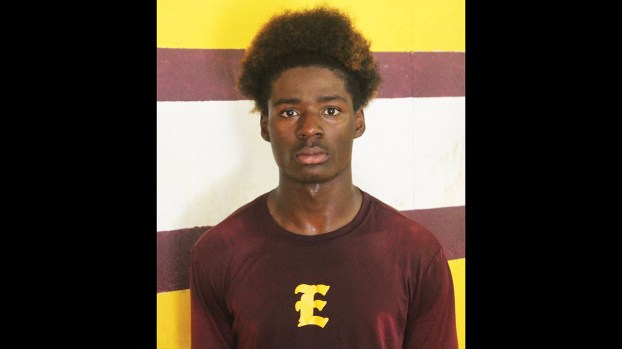 A junior, Diggs used speed and quickness to pursue the ball as a defensive end and outside backer for the Panthers. Made 52 tackles, including five for a loss, in 2021. The Brookhaven High team leader with six sacks this season — Diggs forced three fumbles, recovered one fumble and blocked a punt for coach Tucker Peavey and the Panthers.

A junior, Martin is an explosive player on the edge as a defensive end for the Cobras. Made a team-high 11.5 tackles for a loss and 58 total stops in 2021 for Wesson coach Jeremy Loy. Martin ended his junior season with 12 tackles and a deflected pass in a playoff matchup at Tylertown.

A sophomore, Porter emerged as a disruptive presence as a defensive tackle in 2021for the Cougars. Made nine tackles for a loss and had three sacks this season. Porter made 36 tackles and had an impact on opposing quarterbacks as he deflected four passes at the line of scrimmage for Brookhaven Academy coach Anthony Hart.

A senior, Robinson was a leader as a defensive tackle and end for an Ole Brook unit that improved all season under defensive coordinator Corey McLaurin. Made 42 tackles, including two sacks, for a Brookhaven High team that finished runners-up in Region 3-5A. Robinson added three quarterback hurries, forced a fumble and recovered a fumble for a score.

A senior, Taylor capped his career in green and white by again being a cornerstone of both lines for the Bears. Taylor picked up an offer from the University of Central Arkansas during the season and ends his high school career as a three-time All-Area selection. A versatile piece of the offensive line, Taylor made 59 tackles and caused two fumbles for coach Brad Bland as a 6-foot-5, 295-pound defensive tackle.

A senior, Bales ended his career for the Bobcats doing what he’s always done in bringing ball carriers down. Bales, a two-time All-Area selection, led Bogue Chitto with 99 total tackles in 2021 despite battling through injuries that kept him from playing in all 11 games. He had 15 tackles for a loss, one sack, grabbed an interception (that he returned for 55-yards), forced three fumbles, recovered one fumble and blocked a punt for coach Gareth Sartin and the Bobcats.

A freshman, Garrett is a leader in spite of his age for an Enterprise program that counted mightily in underclassmen this season in a return to 1A football. Tied for the team lead with 90 tackles for the Yellow Jackets. Garrett caused two fumbles and recovered a staggering eight fumbles for his defensive coordinator and dad, Josh. Also saw time at quarterback, he threw three touchdowns and rushed for two more on offense.

A sophomore, Hardy is another in a long line of outstanding athletes bearing his surname to make an impact at Lawrence County. Made 43 tackles including a team-high 10 for a loss to lead the Cougars in 2021. Hardy was responsible for three sacks, snatched an interception and recovered a fumble for coach Jesse Anderson. A battering-ram on the other side of the ball, Hardy average 9.0 yards per carry and scored nine touchdowns as a running back.

A senior, Holloway emerged as one of the most formidable tacklers on the team in 2021 for the Lawrence County Cougars. His team-high 81 tackles was a big part of the team securing a MHSAA 4A playoff spot for the fourth straight season under coach Jesse Anderson. Holloway had one sack and 58 of his tackles were solo stops this season.

A senior, McGowen was the unquestioned leader for Wesson as the team returned to the 3A ranks this season. A three-time All-Area selection, McGowen made 82 tackles and had five go for a loss this season for the Cobras and defensive coordinator Hank Jordan. Saw his offensive usage go up this season and responded with a career high 928 yards rushing and nine touchdowns on 153 carries.

A junior, McRee witnessed his off-season work of lifting and running rewarded with an immediate payout of more playing time in 2021. He led Wesson with 99 total tackles in his first season as a full-time starter. Made four tackles for a loss, had one sack and caused a fumble as the Cobras fought to earn a 3A playoff berth this season, the first for the school since 2014.

A senior, Nations was once again near the ball on every snap for the West Lincoln Bears this season. Made a team-high 100 tackles, including eight that went for a loss. Captained the middle of the defense for coordinator Preston Gordon. Nations also caused a pair of fumbles and recovered two fumbles for the Bears in 2021.

A senior, Smith was a versatile, gritty piece for the Cougars who could pursue as a linebacker or walk down to play end on the defensive line. Made 45 tackles, four of which were for a loss while also playing every down on the offensive line. Made two sacks, recovered a fumble and grabbed an interception as Brookhaven Academy finished 8-3 and won MAIS District 4-4A in coach Anthony Hart’s first season at the school.

A senior, Walker was a huge part of Loyd Star having a season to remember on the field in 2021. Made 86 tackles including a sack for coach Brian Ford and the Hornets. Walker caused a fumble while also providing big blocks on the other side of the ball as a tight end. The rangy Walker is a two-time All-Area selection after earning the honor as a junior.

A senior, Williams was relentless in his pursuit of the ball for the Panthers all season. Made a team-high 100 tackles, including 78 solo stops. Williams had seven tackles for a loss and made one sack. He picked off two passes, recovered a fumble and scored a defensive touchdown for a BHS team that was knocked out of the 5A playoffs by the eventual state champs from Picayune High.

A sophomore, Cato has long carried the reputation as one of the fastest players in this part of the state while playing football and baseball for the Cougars. He picked off a team-high five passes in 2021 and defended another seven for LCHS and coordinator Seth Avants. Cato blocked two punts, recovered a fumble and made 27 tackles, including two for a loss. Cato was an All-Area selection in baseball last season as a freshman for the Cougars.

An eighth grader, Johnson suited up and played alongside much older competition all season and looked like he belonged from the first snap. He led Wesson this season with three interceptions and five passes broken up. Had 52 return yards on those interceptions and added 31 tackles for the Cobras. A standout wide receiver as well, Johnson caught 25 passes for 283 yards and four scores.

A senior, Polk was a valuable veteran presence in the backline of the Yellow Jacket defense. Led the team with four interceptions and averaged 17.5 yards per return on those picks. Defended five passes, recovered a fumble, caused two fumbles, blocked one punt and two field goals for coach Trey Woodard. As a running back on offense, Polk rushed for 262 yards and three touchdowns in 2021.

A sophomore, Smith showed a nose for the ball in his first season as a starter on the Hornet defense. Picked off one pass, defended four passes and recovered six fumbles for LS defensive coordinator Dustin Sisco. Smith led Loyd Star with 109 tackles to help his team win the Region 7-2A championship. 64 of his tackles were solo stops as Smith was an All-Region outfielder for the Hornets in baseball as a freshman too.

A junior, Williams patrolled the backend of a Bobcat defense that was especially stingy in 2021. A three-time All-Area selection, Williams made 63 tackles this season along with grabbing three interceptions for defensive coordinator Chad Norton. The Bobcats finished as runners-up in Region 7-2A and six times held opponents to 14 points or less this season. Williams was the top pass catcher for his team as he hauled in 23 passes for 385 yards and five scores as a receiver.

A senior, Case ends his career as a five-time Daily Leader All-Area selection representing Brookhaven Academy. Case was his usual reliable self for the Cougars as he converted on 4-of-5 field goal attempts and 51-of-52 extra point tries this season. Case holds an offer from Co-Lin for football and was a 2021 MAIS 4A All-State and All-Star selection.

A senior, Price finished his long varsity career with another strong season. He made six field goals, including a long of 34-yards. Price was 23-of-28 on PAT kicks and continued to give the Bobcats an advantage in the field position battle with a variety of onside kicks as BC very, very rarely boots the ball long. A repeat All-Area selection, Price caught four passes for two touchdowns in 2021 as well.

A sophomore, Smith was one of the best punters in 5A football this season. His season long punt went for 57-yards and he had 10 punts downed inside the 20-yard line. Smith averaged 36-yards per punt while also playing tight end and kicking for the Panthers. Went 6-of-7 on field goal tries and 27-of-33 on PAT kick attempts. Had a season long field goal go for 40-yards and also caught five passes in 2021.

A senior, Caldwell nearly always made good things happen when the ball was in his hands for Enterprise this season. Bounced back from missing much of his junior season to injury and averaged over 20-yards per kickoff return. Caught 32 passes for 582 yards and five scores and averaged over 25-yards per punt return as well in 2021.