I thank God that ‘and it came to pass’ is true 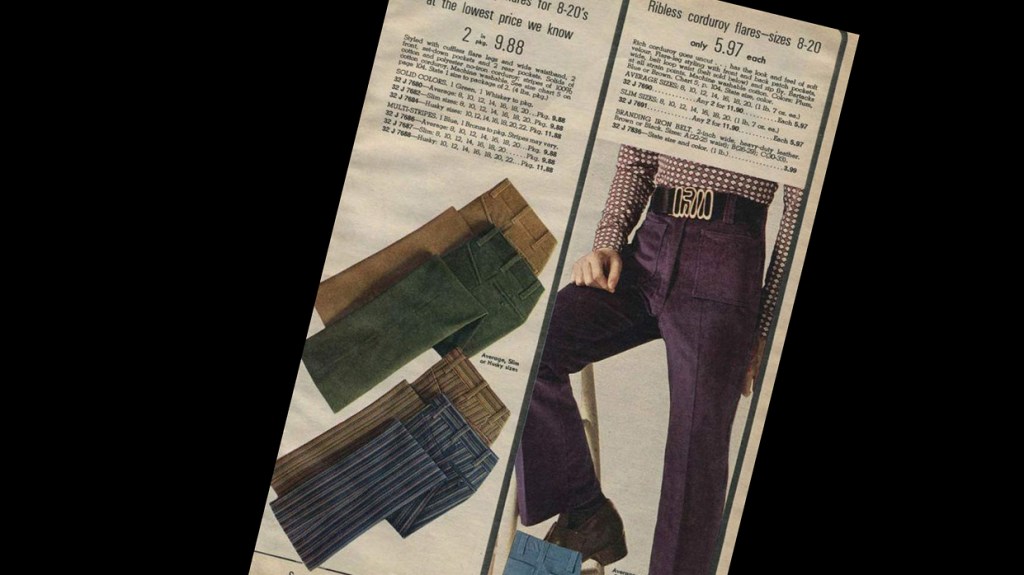 You could hear me coming at least a block away. Pair my considerable childhood heft — as opposed to my considerable adulthood heft — with the popularity and ready availability of corduroy pants in the 1970s, and there was no way I could ever sneak up on anyone.

I’m not sure what size pants I wore, but they were never mistaken as my older, smaller brother’s pants. Maybe mistaken for his Cub Scout tent, but never as his pants. I do know that I was a bit surprised to find out there was a breed of dog called a Husky. I thought that was just the kind of pants I owned.

If you’re not familiar with corduroy pants, do three things for me:

3. Ask someone who’s over the age of 40 if they ever got to wear them, and watch their eyes roll and listen to the groans escape as they respond with, “Got to? You mean, had to?”

Wearing corduroy presented some problems for little boys of girth. When your inner thighs are not strangers to each other, but continually greet each other throughout any walking exercise, it may not be a good idea to sandwich two sheets of rough cotton material between them — especially if you were attempting to move quickly.

I may have been fat, but I never went anywhere slowly, unless it was to bed. I was usually at full speed no matter what. We only lived two blocks from the school where I went to first grade, and mom often walked me to school. She wouldn’t let me walk and wear the cords on dry days when there had been no rain. The friction between my legs might start a fire.

I remember being the last person to take his turn earning the camping merit badge for Boy Scouts. I’d missed the night when everyone started fire with sticks and flint. The night I got my chance it was raining and all the materials were wet. I worked for a long time with my two pack leaders and never got more than warm wet sticks.

They were as tired of being in the rain as I was, and told me they knew I knew how to make the fire. We’d all done it before, just not “when it counted for a badge.”

One of them said, “The rules just say you have to start the fire with a stick.” He reached in his pocket and pulled out a strike-anywhere match and handed it to me. “This is a stick,” he said. “Light it so we can all go inside.”

I did, and we did. Simple. But I’m sure if they’d have let me wear the cords that night instead of the uniform pants, I could have made them a fire from the run back to the scout hall — rain or no rain.

But somehow, things come to pass like the days of popular corded punishment pants and we make it through. God is good. So celebrate the fact that you’re alive today and have made it through another year … and be good to someone else.