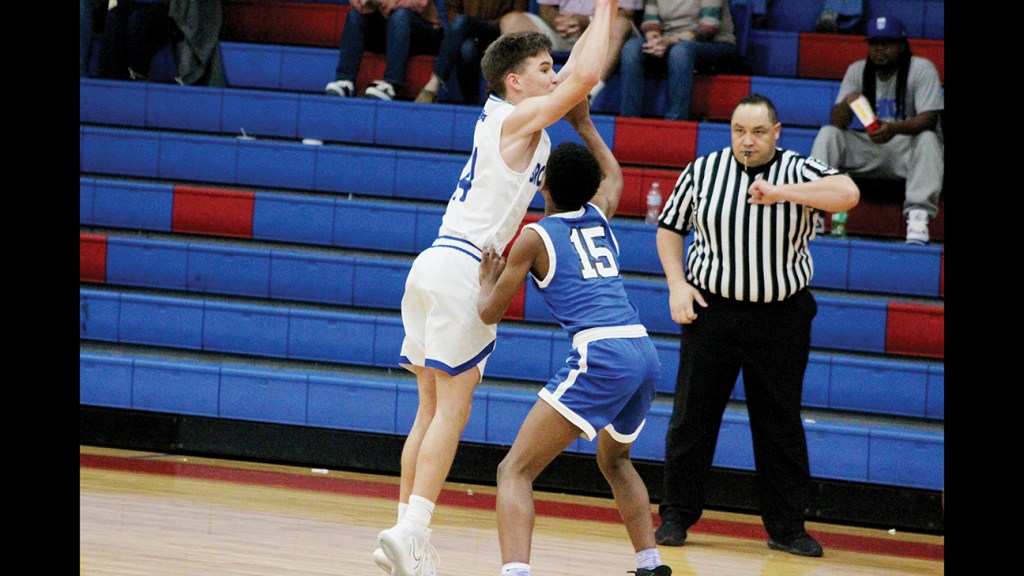 A transfer this season from Pearl High, Whitelow scored 10 first quarter points and made six 3-pointers in the game.

The two schools met in BA’s final game of last season, a 63-60 win for Hillcrest in the first round of the south state tournament on Feb. 10.

That night it was a 3-pointer by Hillcrest forward Kentavian Hogan at the buzzer that ended the season for the Cougars. Hogan, now a freshman on the team at Co-Lin, played at Wingfield High before transferring to Hillcrest.

The Midsouth Association of Independent Schools (MAIS) calendar is set up in a way that rewards late season transfers for basketball more than any other sport. Teams have until Jan. 14 to add transfers from MHSAA schools — essentially allowing schools to acquire talent for the final month of the season.

Senior Joshua Holley, one of just four players from Hillcrest who were on the team last season, scored 12 points for the Cougars while Torian Tillson added 13 points for coach Reinaldo Dixon.

With 60 seconds remaining until halftime, BA had the ball and trailed 33-23 with a chance to run clock and cut the lead to single digits before the break.

A turnover led to a Hilcrest transition bucket though and HCS scored four more points quickly to take a 39-23 halftime lead.

“We’ve played a really tough schedule so far,” said BA coach Josh Watts. “The boys have kept working and I think they’re looking forward to getting into our district games when those start after New Year’s.”

One of the district foes this season for BA and Josh Watts will be a Columbia Academy team coached by his father, Dale. The other teams in MAIS District 4-5A are Bowling Green School, Oak Forest Academy and Silliman Institute.

“From what I’ve seen, we’re all fairly even and there should be a good competition within the district,” said Watts.

District play begins on Jan. 7 with a trip to play at Oak Forest and then resumes on Oct. 11 at Columbia. The first home game within the division for BA takes place on Jan. 14 when Silliman visits John R. Gray Gymnasium.