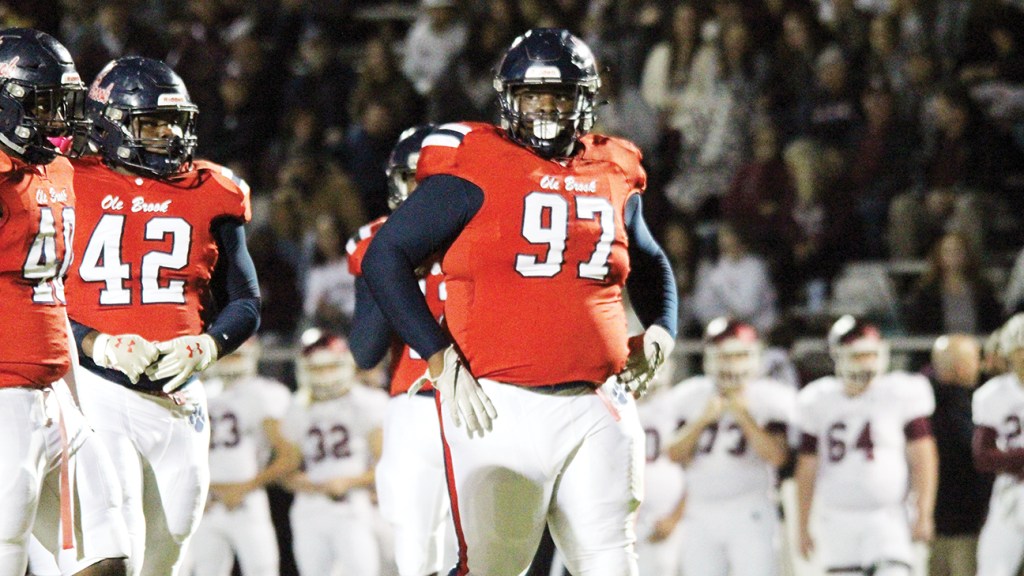 Some people play basketball just because they’re tall. You know the type — they don’t really love the game, but their whole life people have told them that they should play because of their height.

The same thing happens with big guys who’ve had folks telling them they should be a lineman. Some dudes go out for football and get stuck on the line to take up space because of how wide they are, but never really make much of an impact.

That’s not the case with Brookhaven High senior defensive tackle Caleb Harris though. The 6-foot-3, 350-pound Harris moved with the quickness and speed of a man half his size in 2021 and became unlockable at times in earning All-Area Most Valuable Defensive Player honors from The Daily Leader for the 2021 high school football season.

Harris finished the year with 74 tackles, 58 of the solo variety, for a BHS team that finished 7-4 on the season and were runners up in Region 3-5A.

In his final and best season of high school football, Harris had five tackles for a loss, five sacks, forced two fumbles, had one quarterback hurry and deflected one pass.

Oh yeah, he also got to experience what every lineman’s dream when he got one carry as a fullback that went for four yards and a touchdown.

BHS started the 2021 season much like they ended the 2020 campaign, dealing with COVID-19 issues.

The Panthers lost their scrimmage date with South Pike and then regular season games against Lawrence County and Petal to virus related cancellations. It was a tough way to start the year after the postseason had ended the season before with a forfeited matchup against Pascagoula.

Finally getting to start the season on Sept. 9 at Tylertown, the Panthers lost that game 32-22 before coming back home and grinding out an 18-8 victory over McComb the next week.

The season started taking an upward track when the Panthers beat Laurel 24-12 on Oct. 1. That, coupled with a later win over Hattiesburg, put Brookhaven High in the driver’s seat to finish second in the region and thus host a home playoff game in the MHSAA 5A postseason.

The surge of success for BHS during the stretch run of the season had lots to do with the play of a much-improved defensive unit. The Panthers pursued the ball with speed and abandon as the linebackers and defensive backs got better every week.

What allowed those positions to do their jobs so well was knowing that the center of the field was locked down by a nasty BHS defensive line — led by Harris in the middle.

On Nov. 12 the Panthers hosted East Central in their playoff opener and Harris saved his best game for his last game on King Field.

The Hornets from Hurley are a team that run the ball, aiming to use quick, athletic linemen to block in the interior and pick-up yards between the tackles.

Harris was having none of that as he made 16 tackles in a 42-14 win. As he did almost the entire season, he fired off the ball and refused to be blocked. The East Central linemen began to hang their heads, resigned to not being able to stop a massive, motivated Harris.

He’s still sorting out his college offers but expected Harris to sign with a junior college program in 2022 as he continues to show that he’s not just another big dude playing ball, but instead is a big dude that’s balling out.