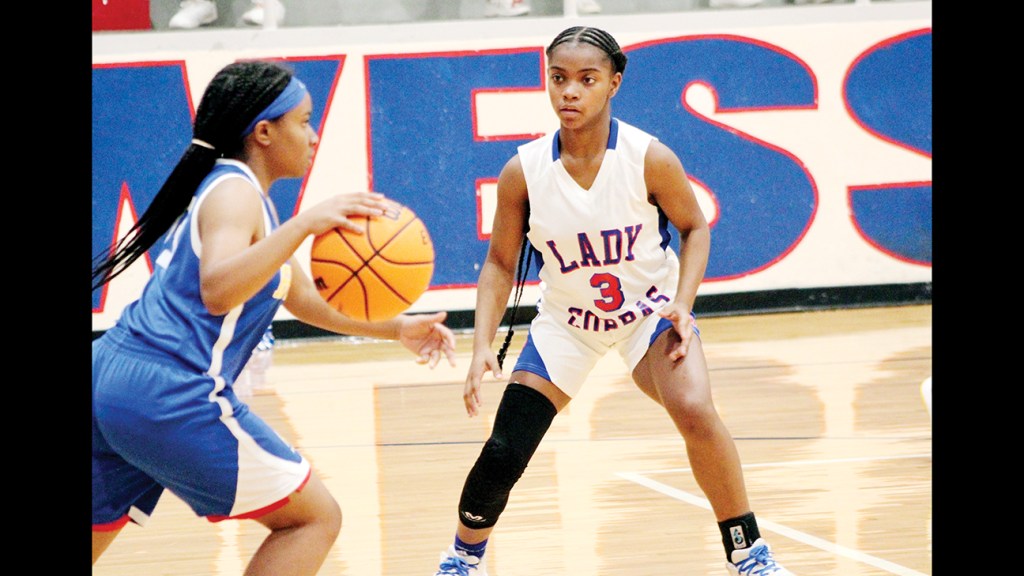 The Wesson Lady Cobras are 1-0 in Region 7-3A play after a thorough 68-34 beating of Jefferson County in the region opener for both schools at The Snake Pit on Tuesday.

Wesson coach Michelle Nunnery’s team led 15-8 after the first quarter and 36-16 at halftime as they never allowed Jefferson County to close the deficit to a manageable margin in the second half.

Wesson was balanced in its scoring by a trio of players that have led the team not just all of this season, but all of last season too.

“We’re fortunate in that we had pretty much this entire team last season since we had no seniors then,” said Nunnery. “That means that everyone has a really good understanding of what their job is in order for us to be successful.”

Senior center Breanna Grant-Hall led Wesson with 18 points in the win. One of the few true centers in the area, the 6-foot-1 Grant-Hall scores and rebounds from close and also had a solid jump shot that she uses around the elbow of the lane.

Fellow senior Kionna Gibson is an inside/outside threat for Wesson as she plays the two-man game well when Grant-Hall posts up and Gibson fills around the top of the key.

A natural passer, Gibson finished at the rim on several buckets against JC to score 13 points.

Sophomore point guard Me’leyjah Lyons makes sure the Lady Cobras get up and down the court in a hurry. Lyons knifed through the Jefferson County defense with drives to the basket and finished with 12 points.

Wesson usually presses in the full court with the speedy Lyons flying around up front to get her hands near slow passes as creating points off of turnovers is a big key for Nunnery’s squad.

Senior Sarya Smith is another lynchpin of the press and she scored seven points in the win. The fifth Wesson starter, sophomore Jayla Martin, scored two points Tuesday

There’s also depth on the roster as sophomore center Jahnasia Harris came off the bench to add eight points for WAC. Ella Logan and Jaylynn Clay also scored three points apiece for Wesson. Tarayvia Miller and Jayla Martin rounded out the scoring for the Lady Cobras with two points each.

The win put Wesson at 10-4 on the season and was a nice bounce back after the team lost 64-63 at West Marion on Dec. 30 in its previous game.

This is the first season for Wesson to be back in the 3A ranks after a two-year stint as members of Region 7-2A.

Other members of Region 7-3A include Port Gibson, Hazlehurst, Wilkinson County and Franklin County.

“It’s always good to get things started with a region win,” said Nunnery. “We cleaned up some of the mistakes we made against West Marion. I expect Franklin County (10-4) to be one of the strongest teams in the region.”