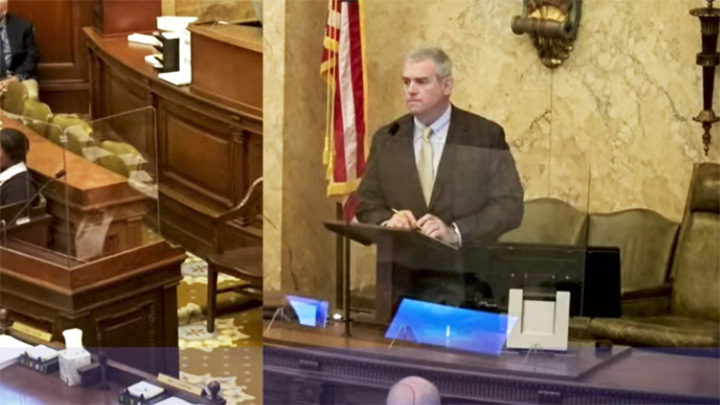 After two weeks in session, the Mississippi Legislature has introduced more than 1,000 bills and resolutions. Of these, four bills were engrossed as of Monday, Jan. 17, and one was enrolled.

For example, the House sends the Senate a bill that passed its chamber. Senators review the bill and suggest five amendments, voting to approve it and then returning it to the House.

An “enrolled” bill is the final version of a measure agreed to by both chambers. These bills are signed by the presiding officers of both chambers.

Continuing with the same example, Representatives would accept or reject amendments and return it for final approval by the Senate. If the Senate agrees to these changes, the bill is considered ready to advance to the desk of the governor, and becomes “enrolled.”

HB 530 is an act to create the “strategically Accelerating the Recruitment and Retention of Teachers (start) Act of 2022,” for the purpose of providing for an increase teacher salary scale and increased minimum pay for teachers and teacher assistants. The act would also delete the cap on the number of National Board-certified nurses and speech-language pathologists and audiologists employed by school districts which are allowed to receive National Board Certification salary supplements. And to require an annual salary supplement to state-licenses athletic trainers employed by districts who have acquired National Board Certification.

HB 531 is an act to create “The Mississippi Tax Freedom Act of 2022.” The act would, in part, increase personal income tax exemptions, and make changes to sales tax rates.

The bill would also reduce sales tax on foods for human consumption which would be exempt if purchased with food stamps.

The act, cosponsored by 29 representatives, passed 107-4, with 11 not voting. Both Currie and Mangold voted in support of the bill.

In the Senate, SB 2095 would “enact The Mississippi Medical Cannabis Act,” authorizing medical cannabis use by certain patients with debilitating medical conditions with proper prescriptions. The act would also prohibit unauthorized use, and give ultimate authority over the program to the Mississippi Department of Health. Cosponsored by 10 Senators, the bill passed 46-5, with one abstaining. Sen. Jason Barrett of Brookhaven voted in support of the bill.

SB 2097 would amend the Mississippi Code to require The Real Estate Commission to establish a program allowing administrative hearings on certain licensing matters, and other related issues.

The one bill in enrollment is HB 384, which will amend the Mississippi Code of 1972 to reapportion the Congressional Districts of Mississippi. The bill passed the House 76-42 with four non-votes, and the Senate 33-18 with one non-vote. Representatives Mangold and Currie, as well as Senator Barrett, all voted in support of the bill. The bill’s full content can be found here, with amended portions underlined.