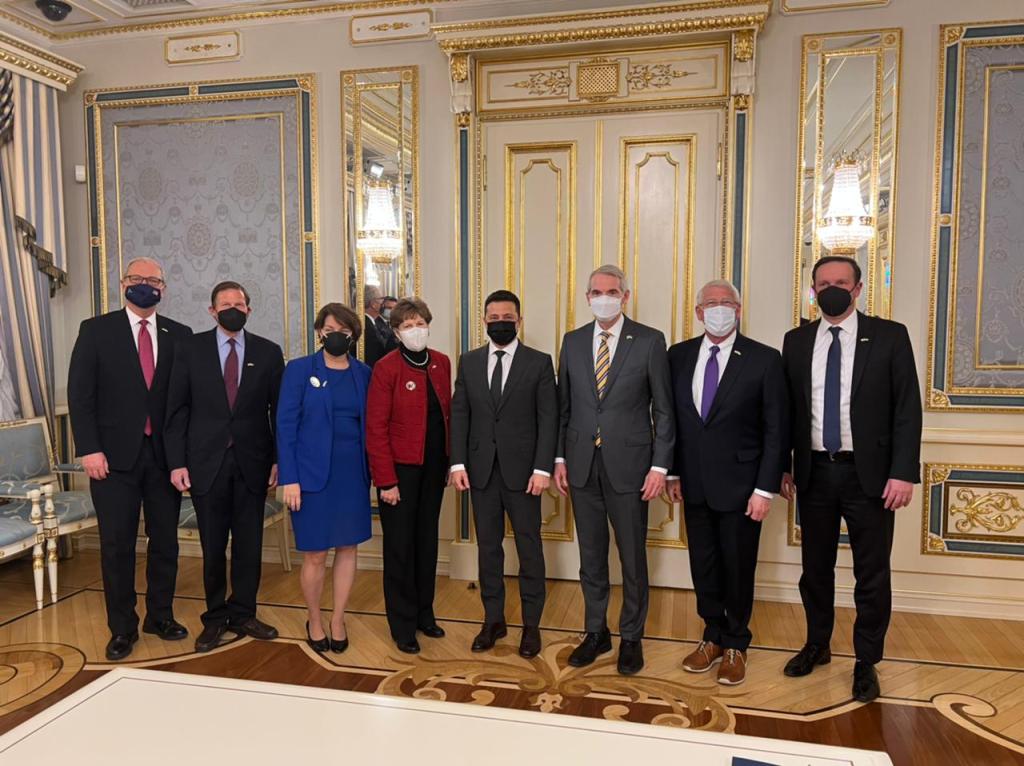 (AP) — Seven U.S. senators are in Ukraine to meet with that country’s president and other officials.
The bipartisan delegation consists of four Democrats — Sens. Jeanne Shaheen, Chris Murphy, Amy Klobuchar and Richard Blumenthal — and three Republicans — Rob Portman, Kevin Cramer and Roger Wicker.
Members said they will meet with President Volodymyr Zelenskyy on Monday to reaffirm the U.S. commitment to Ukraine as it tries to solidify its democracy while facing an increasingly belligerent Russia.
“Our bipartisan congressional delegation sends a clear message to the global community: the United States stands in unwavering support of our Ukrainian partners to defend their sovereignty and in the face of persistent Russian aggression,” said Shaheen, Chair of the Senate Foreign Relations Subcommittee on Europe and Regional Security Cooperation.