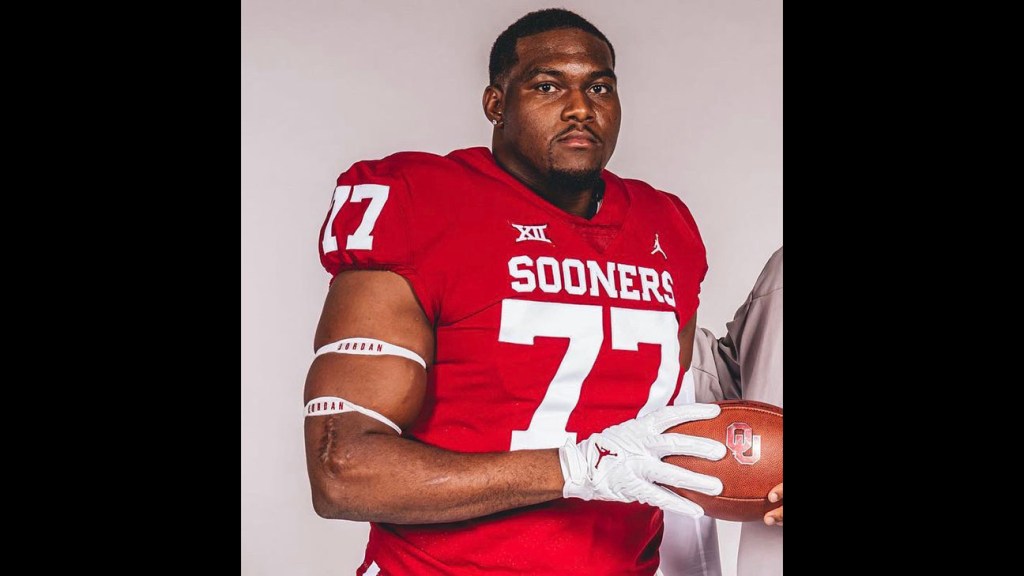 Twitter photo Brookhaven High product Jeffery Johnson recently announced his decision to transfer to the University of Oklahoma. Johnson was a four-year starter at Tulane after being tabbed as a four-star defensive tackle out of BHS.

Brookhaven High alum Jeffery Johnson is now a graduate of Tulane University, but his college football career isn’t over yet.

A defensive tackle and four-year starter during his career at Tulane, Johnson recently announced on social media that he’s headed to Norman, Oklahoma next season as a graduate transfer for the University of Oklahoma.

Last season the 6-foot-3, 295-pound Johnson made 44 tackles for a Tulane team that finished 2-10. Johnson also had four tackles for a loss and 2.5 sacks for the Green Wave.

In four seasons, Johnson made a combined 135 total tackles, 15 tackles for a loss and 10 sacks for the Green Wave.

Johnson also visited LSU before picking the Sooners as his transfer destination. Oklahoma is coming off an 11-2 season that ended with head coach Lincoln Riley leaving Norman to take the same position at the University of Southern California.

Venables was an assistant from 1999-2011 at Oklahoma for former head coach Bob Stoops. He was part of two national championship winning teams at Clemson and was consistently one of the highest paid assistant coaches in the nation prior to being hired as the 23rd head football coach in Oklahoma football history.