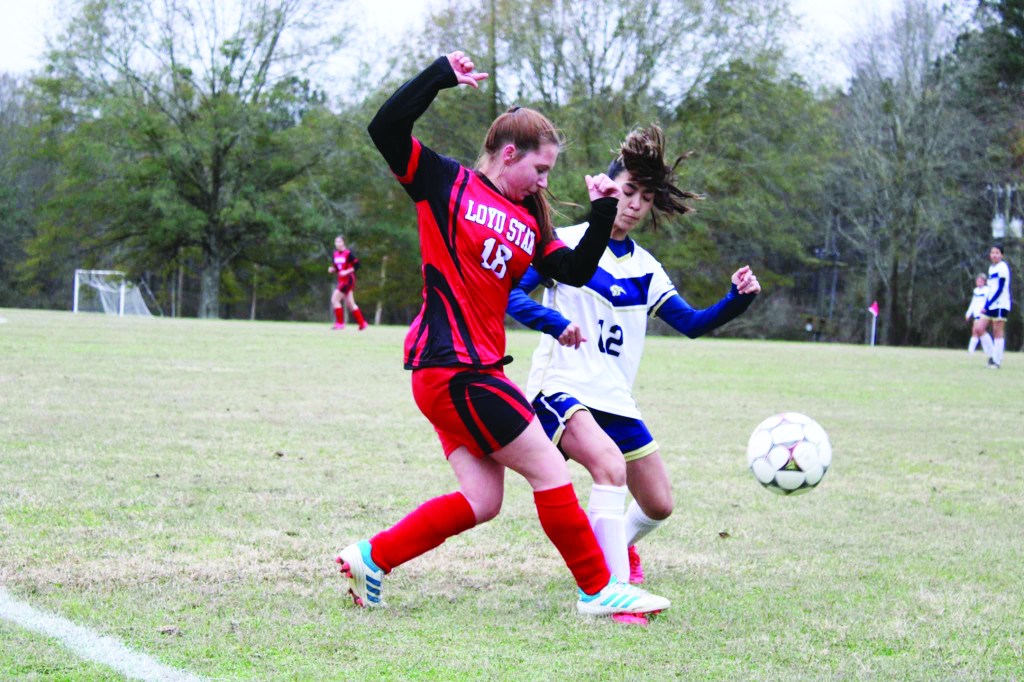 For the first time in school history, the Loyd Star Lady Hornets are on to the second round of the MHSAA soccer playoffs.

Loyd Star had never won a playoff match prior to Monday, but the team took care of business with a 5-0 rout of visiting Morton High in a match played early at the Hansel King Sports Complex in order to beat the impending rain that soaked the area later that night.

Sophomore forward Abby Burnette had a hat trick for LS as she scored three goals to lead coach Jordan Lea’s team. Burnette scored four goals in her last outing against Hazlehurst and has now notched 29 goals on the season.

“We came out and dominated from start to finish,” said Lea. “I knew from the moment the whistle blew that our team wanted it more.”

McLaurin won Region 6-Class I while OLA, located in Bay St. Louis, finished as runners-up to St. Patrick in Region 8-Class I.

Morton finished as runners-up in Region 5 and the champs of that region, Clarkdale, beat Franklin County 5-0 in a first-round match on Monday.

Regardless of who wins the McLaurin/OLA match, Loyd Star knows they’ll travel for their match in the second round.

Junior Mary Claire McCurley added one goal and two assists for Loyd Star in the win over Morton.

McCurley is one of the top goal scorers in the state and her total goals scored this season now sits at 39.

Seventh-grader Maya Wyant added one goal for Loyd Star in the win over Morton.

“I’m extremely proud of these girls,” said Jordan. “With each game, they prove to me and my assistant coach, Benjamin Hughes, that they’re the epitome of this ideal — if you work hard, you can accomplish anything. They’ll enjoy this win, but we’re not finished yet. We’ll have a tough second round match this weekend so we’re going to clean some things up in practice and hope to be ready to play on Saturday.”

Other first round results from Class I — which combines Class 1A, 2A and 3A schools from other sports together — had Pisgah beating Strayhorn 4-0.

The second round takes place on Saturday, Jan. 29, with Loyd Star’s opponent and time of the match still to be determined.