Senior has eyes set on the skies with USAF Academy appointment 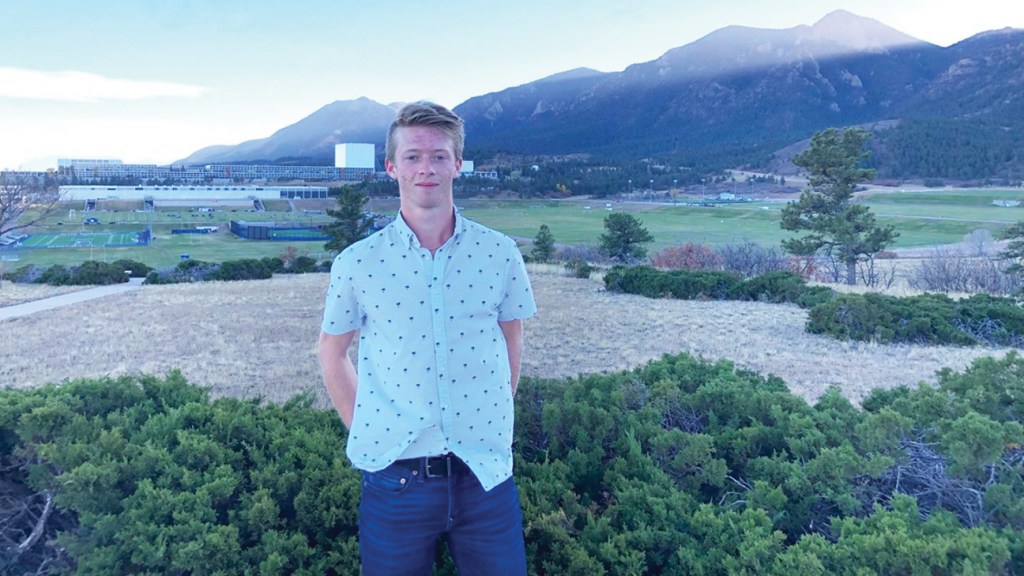 Brookhaven High senior Grayson Childress was recently awarded an appointment to the United States Air Force Academy and he is excited about it.

Childress, who turns 18 this month, said he has been interested in the military since seventh or eighth grade, but didn’t know until recently exactly what he wanted to do.

“I like engineering. I like planes and how things work, so I figured the Air Force would probably be the best bet,” he said.

One of his father’s friends had talked to his dad about the academy. Childress and his dad talked about, checked into it and decided it was his best option.

The application process was long and somewhat difficult, the teen said.

“Obviously, you have to have good grades,” he said. He went back as far as his freshman year, checking his grades to makes sure he had all As — or at last no more than “a B or two” — and be sure all of that was lined up. A summer seminar — like a mini academy process, Childress said — is available for high school seniors to take.

“We could see how everyday life as a cadet goes,” he said. “Me and my dad watched a few videos in [virtual reality]. You could look all around you and see the classrooms and all. It’s really cool.”

Childress also had to have fitness, medical and eye exams, and complete a “really in-depth” online application.

He also had to be nominated by a U.S. senator or representative. He did not get one, however — he got three. Sen. Cindy Hyde-Smith, of Brookhaven, Sen. Roger Wicker and Rep. Michael Guest each gave him nominations.

“It was great to get to talk to them and their staffs,” Childress said. “They were a lot of help and really made the process a really smooth experience.”

June 23 is Induction Day at the academy.

“I-Day is the first day of basic training and the first day at the academy,” said Childress. “And that day is when we’re sworn in. We take the oath.”

Then comes six weeks of basic training, followed by four years of college education, and then a minimum five-year service commitment to the USAF.

Childress will be one of approximately 1,100 cadets admitted this year, the maximum for any induction class, and one of about 4,400 cadets on campus.

He will study mechanical engineering, which he said would apply to “pretty much anything the Air Force would need at that time.”

Once he has his degree, he plans to enter flight school.

“I can become a pilot and make myself a little more well-rounded,” he said.

Though he’s known for a couple of weeks that he was accepted, he said the excited hasn’t faded.

His BHS cross-country teammate and close friend Sam Arnold was also recently appointed to the U.S. Military Academy in West Point. They helped each other through the application process, including senator and representative nominations, and reminding each other of deadlines.

“Sam is one of by absolutely best friends,” Childress said. “Now that I can actually go [to the academy] I’m so excited. We talk about it all the time. We actually did it! It’s just great to have him doing this process, too.”

Childress said he’s had so much help through the long, arduous process, and he’s very grateful to those who helped in any way.

“It means a lot. I’m very thankful,” he said. “I’m just so thankful for the people who helped me through this process, and so thankful to get to become an officer and to serve in this way.”