WL runs away from LS with 5th-straight title, BC beats East Marion in consolation game 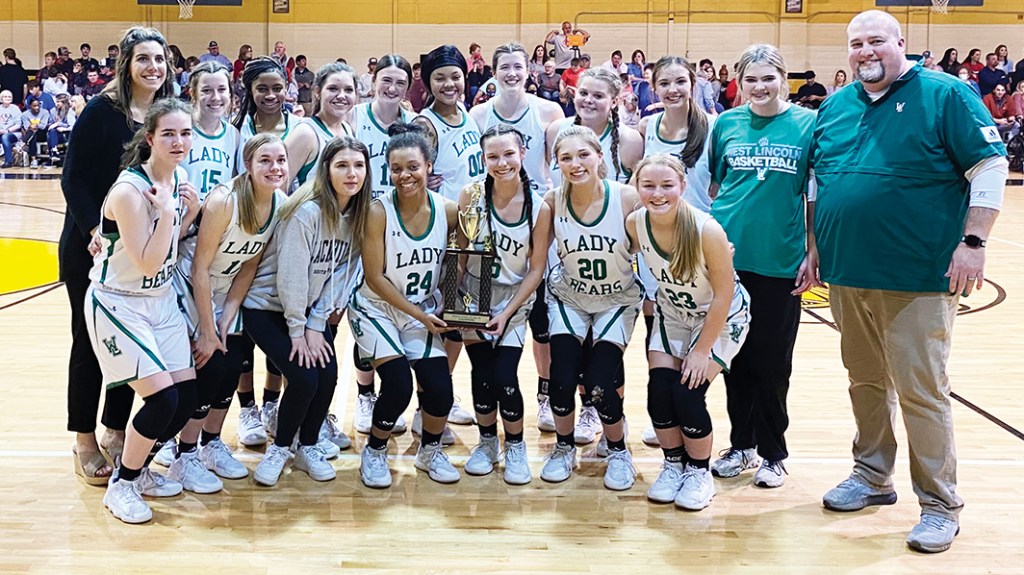 A Madison Falvey bucket was the only field goal of the quarter as Loyd Star led 2-1 heading into the second quarter at Amite County High School.

Regardless, shots started to fall for West Lincoln (17-8) and the Lady Bears steadily pulled away over the next three quarters in getting a 51-12 win over their rivals from Loyd Star (12-12).

One thing that Adam’s team has improved in over the season is building up their base defense. Thursday they may have had their best performance of the season on that end.

Loyd Star is without junior point guard Carson Hughey as she’s missed the few weeks of the season with a leg injury.

With no Hughey to handle the ball, the West Lincoln defense was smothering in guarding LS senior point guard Aubrey Britt. When Britt would cut through the lane without the ball, the WL defenders would step into her path and help off of whoever they were guarding.

“Credit to West Lincoln, they made life difficult for us in everything we tried to run,” said Seth Britt.

The shooting of West Lincoln junior Mary Claire Johnson is one of the things that got the West Lincoln offense rolling. Johnson hit five 3-pointers and finished with 17 points.

“It’s good collectively for our team because when Mary Claire gets hot it opens up a lot of other avenues (offensively) for us,” said Adams.

Both teams had close games Tuesday night to reach the championship. LS beat Bogue Chitto 41-37 while West Lincoln and East Marion were tied 17-17 at halftime before the Lady Bears pulled away for a 33-27 victory.

Bogue Chitto (13-12) and coach Marc Howard got 26 points from junior forward De’Mya Porter in a 47-41 win over East Marion in the consolation game. Senior Kaitlin Poole added nine points for the Lady Bobcats.

West Lincoln and Loyd Star will both host MHSAA 2A State Tournament games next week while Bogue Chitto will play on the road in the first round.