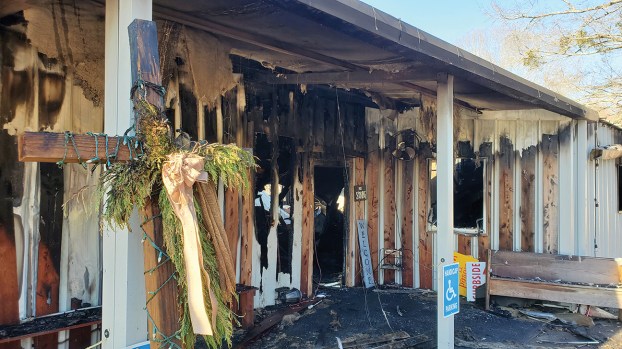 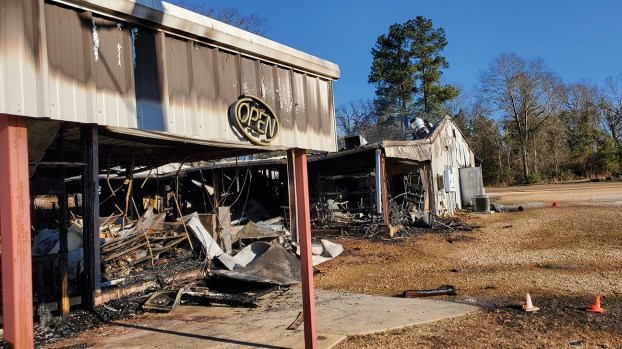 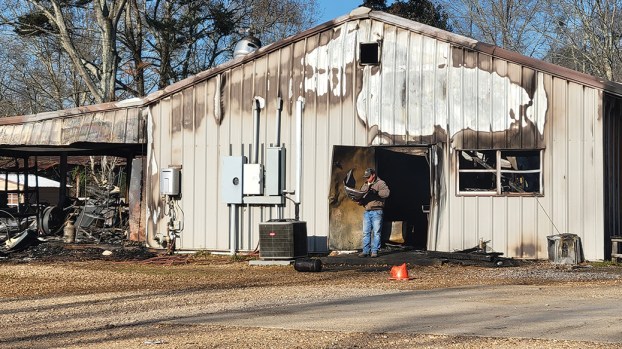 A Lincoln County restaurant known for its seafood and steaks was destroyed by an early morning fire Tuesday.

Volunteer fire departments were paged to Backwoods Bayou on Hwy. 550 W at 2:04 a.m., but the building was fully involved — fire throughout and burning strong — when the first trucks arrived, Emergency Management Director Chris Reid said.

Owner David Fortenberry said security video showed the fire started in the back of the building. The first flames were recorded at 1:46 a.m., he said.

Fortenberry said he was grateful it didn’t burn when people were inside. Though the building and business-related items can be replaced, it’s the personal items he knows he will miss.

“It’s the sentimental stuff. My daddy’s World War II flag, my great-granddaddy’s turkey call, a scrapbook we’ve kept of the time we’ve had the business. That stuff can’t be replaced,” Fortenberry said. “Plus some mounted hunting trophies.”

Backwoods Bayou has regularly employed high school students, several of whom stopped on their way to school this morning to talk with Fortenberry and shed a few tears. The owner — who also pastors Church of the Way in Brookhaven — said he’s most concerned for his full-time employees who depended upon that income.

Fortenberry and his wife LaLinda have owned the restaurant for nine years. He knows God will take care of them and — though he feels like he’s in a dream and hasn’t had time yet to process it — they plan to either rebuild or build something new.

“We’ll do something,” he said.