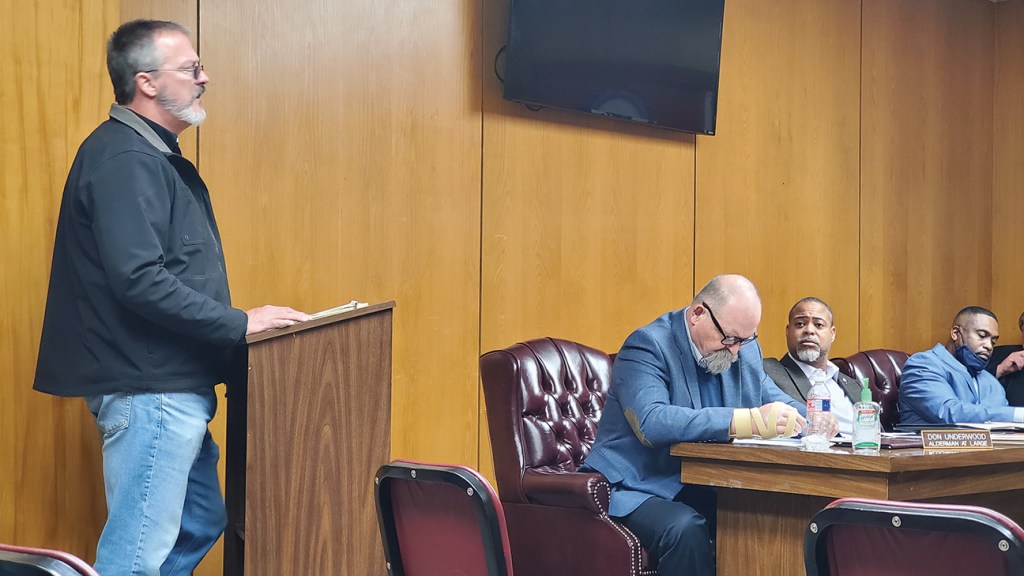 “We’re setting records with participation,” Brookhaven Recreation Department Director Matt Shell told the Brookhaven Board of Aldermen at its most recent meeting.

The fall soccer program saw 399 children participating. With spring registration complete and the season beginning March 1, 313 children have signed up, beating the previous record of 255.

“Soccer has been growing like crazy and is going on 12 months out of the year,” Shell said.

BRD’s basketball program had 154 participants. T-ball and softball had 52 teams made up of 555 children.

“It’s made a huge economic impact, with families not only from Lincoln County but coming in from Lawrence and Pike counties, too,” he said.

Shell said security camera systems had been installed at City Park and will be complete at the Dr. A. L. Lott Sportsplex before summer. Cameras will also be installed soon at Bi-Centennial Park, Bethel, Hansel King Sportsplex and the Jimmy Furlow Senior Center.

LED lights have been added at City Park’s tennis courts. Tennis and basketball courts have been painted in two-tone schemes and will be restriped as soon as possible. Courts at Brignall and Bethel will be repaired and painted within the next 60 days, Shell said.

A 30-by-30-foot pavilion will soon be constructed at the Lott Sportsplex, Shell said, and will include bathrooms and picnic tables. Repairs and paving of the parking area will be assessed and considered in an upcoming project.

The Recreation Department has plans to install a flying disc golf course and corn hole games at City Park, and will host a fishing rodeo and Easter egg hunt.

A fishing rodeo will be conducted on April 16 at the city pond between the Brookhaven Building and Hansel King Sportsplex, for ages 5-15 and those with handicaps. Shell said the city will stock the pond with 750 channel catfish, each 2-3 pounds. Fishers can keep anything they catch.

“It’s a lot of fun and a great time for kids to be around law enforcement officers, who will be helping them,” Shell said.

Easter egg hunts will involve 7,000 eggs at Mamie Martin Elementary, for grades K to second, Monday-Wednesday the week prior to Easter.

“Don’t let your children tell you they can’t clean up at home,” Shell said. “They can pick a thousand eggs up in 90 seconds.”