Loyd Star season ends with pair of 2nd round losses 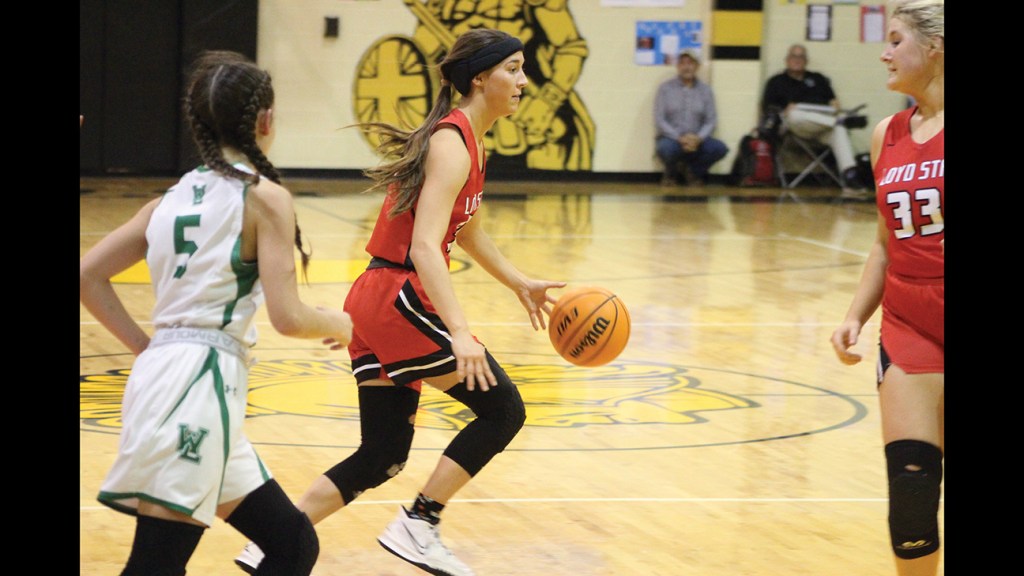 Photo by Cliff Furr Loyd Star senior guard Aubrey Britt scored 15 points Friday in a season ending loss for her team at Lake High in the MHSAA 2A State Tournament.

Both the Loyd Star boys’ and girls’ basketball teams had their season ended with road losses over the weekend in the second round of the MHSAA 2A State Tournament.

Lake High (21-3) used pressure to jump up 11-5 in the opening quarter Friday on their home court. The Lady Hornets (13-13) battled all game but were unable to overcome a 23-9 halftime deficit.

The only losses this season for Lake and coach Maurice Bowie were to 5A Columbus, 4A Leake Central and a 2-point loss to division foe Kemper County. Lake moves on to face Newton High, a region opponent that they are 2-0 against this season, in the third round.

The fast-paced style of Newton High (21-6) shot the home team out to a 20-4 first quarter lead Saturday against Loyd Star. The Hornets (13-13) fought back to win the second quarter 22-19, but the deficit was too great for Britt’s team.

Newton High won Region 5-2A with a perfect 10-0 record. The team is coached by Crandal Porter, who has won three state championships at the school (two in girls, one in boys). Porter is in his second stint at NHS after previously coaching the women’s team at East Central CC.