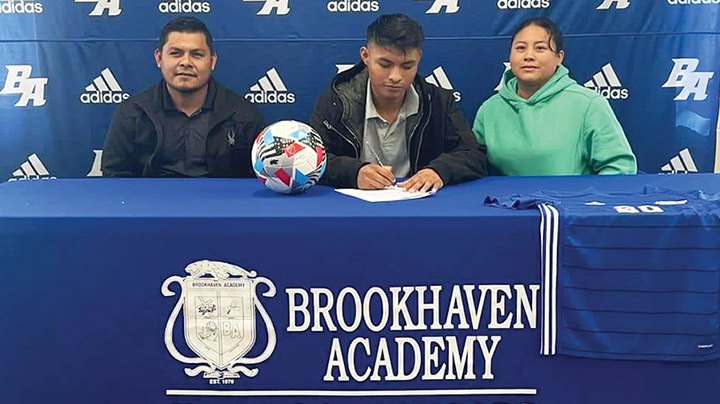 Hernandez scored 28 goals for a Brookhaven Academy team this season that finished 18-2, the best record in school history. He was also part of 13 assists for coach Alex Brown.

As a junior, Hernandez scored 16 goals for Bogue Chitto and helped lead the program to the MHSAA 2A playoffs in the program’s fourth season of existence.

“As a player, Yosvin has one of the highest IQ’s of any player that I’ve ever coached,” said Brown who’s coached on the community college previously in his career. “His ability to create and make those around him better is what sets him apart. His quality is of the highest class and the standard he set is what made him a special player. Co-Lin is getting a difference maker.”

Co-Lin finished 5-9-1 last season under coach Tom Cosgrave. It was the second campaign for Co-Lin after the program was resurrected after being shut down in 2016 and was a two-win improvement over the previous season.

Cosgrave echoed the strong support of the skills possessed by his newest signee in a social media post.

“Yosvin is a very strong and technically gifted player with a great work ethic,” said Cosgrave. “We have seen him play in the local area over the last few years and have very impressed with him. We are very excited to have him join us next season.”

Brown says the total package possessed by Hernandez is more than just what he does with the ball on his foot though.

“As a young man and teammate, Yosvin has one of the best attitudes work ethics that I’ve ever seen from a player his age,” said Brown. “He loves the process and that carries on well past the pitch — he’s a special kid.”