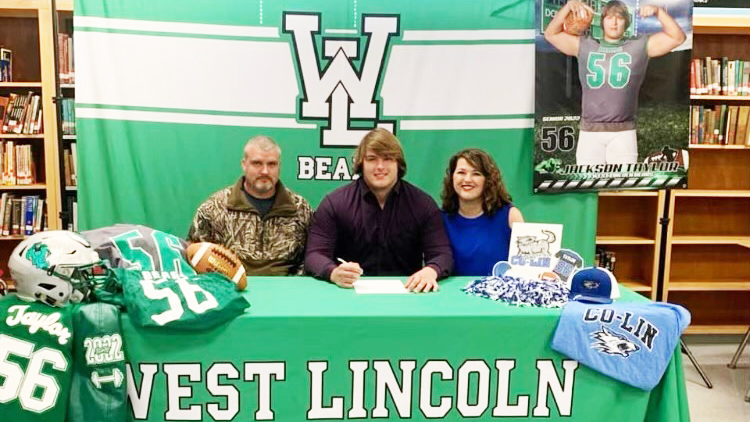 The biggest Bear in the den is headed to Co-Lin. West Lincoln senior offensive lineman Jackson Taylor recently signed a letter-of-intent with the CLCC football program in the West Lincoln library.

The 6-foot-5, 295-pound Taylor played on both sides of the line for West Lincoln during his career. A qualifier who was offered by Central Arkansas in the summer before his senior year, Taylor has a chance to increase his offers by playing for veteran Co-Lin offensive line coach Robert McFarland.

Taylor is also a big part of the West Lincoln powerlifting team as he was the 2A runner up in his weight class as a junior.

At the region meet earlier this year he benched 330 pounds and lifted a combined 1,400 pounds in the bench, squat and deadlift.

“He’s one of the hardest workers I’ve coached over the years,” said West Lincoln head coach and former Co-Lin offensive lineman Brad Bland. “He’s very self-motivated in the weight room and on the field.”