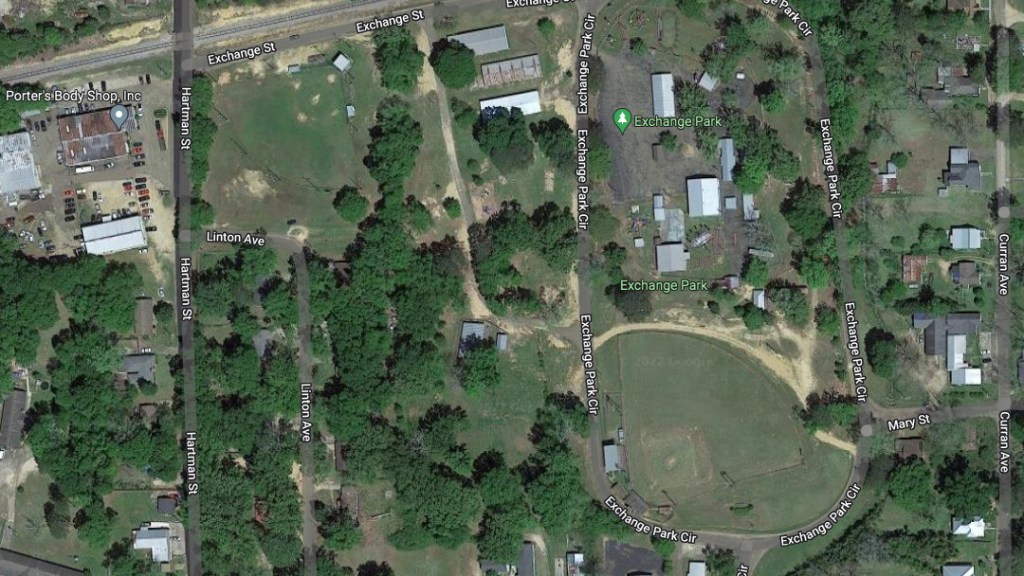 The sound of bullets whizzing by and plinking into the bleachers at the baseball field caused panic Friday afternoon at Brookhaven Exchange Club Park.

Seven- and 8-year-old children were practicing at the field in Exchange Club Park Circle when gunshots were fired at 209 Linton Ave. about 6:15 p.m. Players, coaches and parents scrambled, unsure of where the bullets were coming from, who was shooting or at whom.

The same panic hit participants in a scrimmage game for 9-to-12-year-olds on the baseball field between Linton Avenue, Exchange Street and Hartman Street.

“We were out there practicing and gunshots started ringing out. People were running everywhere. I heard a lady saying ‘they shot him,'” Youth baseball coach Ricky Breazeale said. “I got the boys in the dugout and we hunkered down.”

Christy Hodges of Brookhaven was sitting on the bleachers with a few other mothers watching their children practice when they heard the first gunshots.

Hodges said they ran and got in the dugouts for safety. One of the moms called 911.

“They said others had reported the shots, too. She was trying to explain we were hunkered down — do we need to leave or stay? But she just got a nonchalant response from the dispatcher,” Hodges said. “We really got no direction what to do at that moment with our kids. They basically said if you feel safe to leave, then leave.”

Hodges said she knows the police responded to the area where the shots originated, but they didn’t see any units come into the park area. After about 10 minutes, the people in the dugouts decided to move as a group to their cars and leave.

“I know our coach went to the station that night,” Hodges said, where he filed a report. He was told to ask the people who had been in the bleachers to make reports the following morning, Hodges said. When she went to make her report, Hodges said was told the investigator was busy and would have to call her.

“I never got that phone call from the investigator,” Hodges said. “What I’d really like is just for our leaders to acknowledge that things are in progress and give the public updates. It’s frustrating as a parent.”

According to Police Chief Kenneth Collins, an altercation broke out between several young black males on Linton Avenue, and one person — Cortez Osborne, 19 — was struck by a bullet in the arm. He was taken by private vehicle to King’s Daughters Medical Center, where he received treatment.