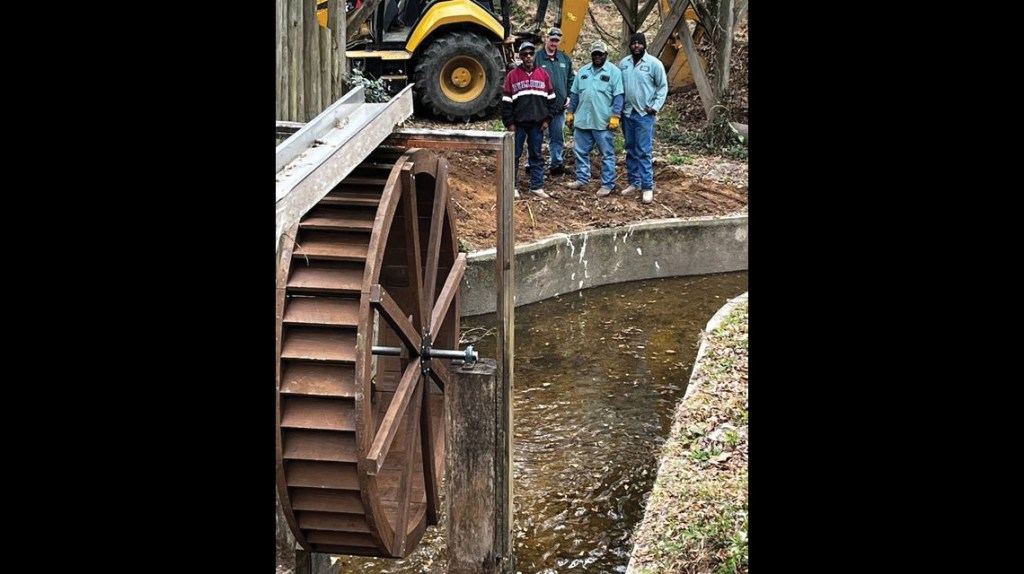 A new water wheel has been installed at Cooper’s Ferry Park in Monticello, and will soon be rolling.

The park was built in 1996, with walkways and other features. Then in 2001, Georgia-Pacific brought a work crew and spent weeks working to provide upgrades.

Drainage was diverted from the existing ditch, which was then cleaned and used for runoff from a new upper level pond. The water flows down the channel under a walkway and through a sluice to the water wheel, where it is cycled underground back to the pond.

Mayor Martha Watts said it is third water wheel in the park.

“They just don’t last long. We’d been without one for several years, but I located a company in South Carolina that builds them,” Watts said. It was ordered and picked up in late 2021.

“We’ve got a little work left to do on the pump and then it will be operational again,” she said.

The work is anticipated to be complete and the wheel running by April 2, just in time for the initial First Saturday Farmers Market of the growing season.