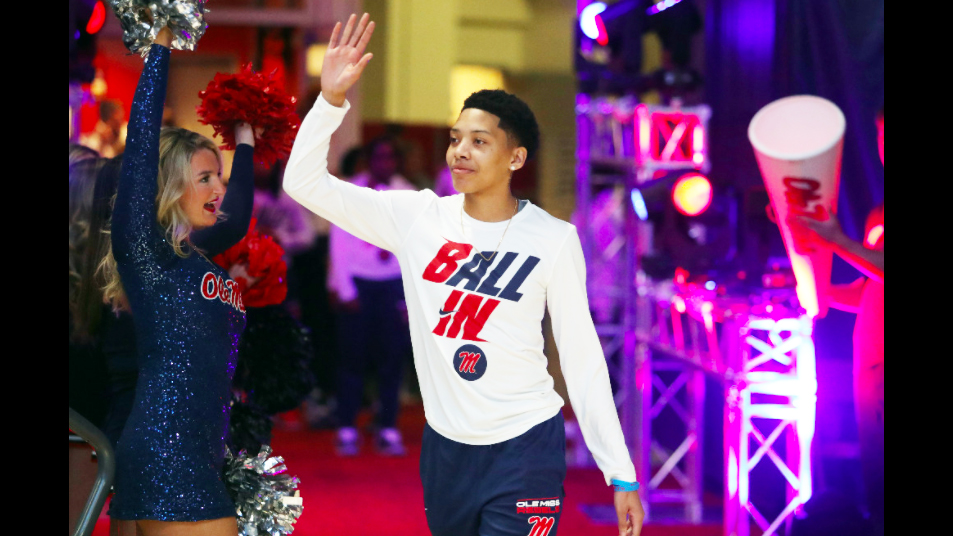 For the first time since 2007, the Ole Miss women’s basketball team is in the Big Dance.

Brookhaven High alum Snudda Collins and the Rebels play at 12:30 p.m. on Friday, March 18 against the University of South Dakota in Waco, Texas.

The winner advances to play the winner between no. 15 seed Hawaii and second seeded Baylor.

A 6-foot-1 sophomore forward, Collins has played in all 31 games this season for the Rebels and has drawn 17 starts. She averages 5.9 points per game and scored a season high 20 points on Feb. 24 at Auburn.

Ole Miss senior center Shakira Austin was recently named the 2022 winner of the Gillom Trophy, which honors the best women’s college basketball player in the state. A transfer from the University of Maryland, the 6-foot-5 Austin is averaging 15.4 points per game for Ole Miss coach Yolett McPhee-McCuin.

The winner of the Howell Trophy, given to the best men’s college basketball player in the state, was guard Iverson Molinar of Mississippi State.

The MSU men’s team is a three seed in the NIT and plays Wednesday at 6 p.m. at the University of Virginia. Though the Bulldogs are the higher seeded team, they’ll play on the road due to construction at Humphrey Coliseum.

Mississippi State made the NIT championship game last season before losing to the University of Memphis.

There have been rumors out of Starkville that MSU might move on from current head coach Ben Howland, but no official word has come down from AD John Cohen.

There were similar questions in Oxford about the job stability of Ole Miss head men’s coach Kermit Davis. A losing season and low attendance numbers notwithstanding, it would appear that UM athletic director Keith Carter plans on giving Davis one more season to right the ship.

That was the same message out of Hattiesburg as Southern Miss athletic director Jeremy McClain issued a statement announcing that head men’s basketball coach Jay Ladner would return for a fourth season after the Eagles finished a 7-26 season last week.

The MSU men aren’t the only team from the Magnolia State in the NIT as Alcorn State made the tournament via their regular season SWAC championship. The Braves take on Texas A&M on Tuesday in College Station.

Cohen at Mississippi State has already hired one basketball coach this month as he picked University of Louisville assistant coach Sam Purcell to lead the MSU women’s basketball team.

Purcell and Louisville are one of the top seeds in the NCAA women’s tournament and he’ll finish that job before taking over in Starkville.

Nikki McCray-Penson stepped down as head WBB coach in Starkville after just one season in October. First year assistant coach Doug Novack took over in an interim role and led the team to a 15-14 record this season.

Jackson State University also made a recent change atop one of its hoops programs as Murrah alum and former NBA All-Star Mo Williams was hired to lead the Tigers men’s basketball program.

Williams played collegiately at the University of Alabama and was an NBA champions in 2016. He’s been the head coach for the last two seasons at Alabama State.

At JSU, Williams is replacing longtime head coach Wayne Brent, who announced his retirement after nine years leading the Tigers.

The Jackson State women’s basketball team is also representing the Magnolia State this weekend in the NCAA Tournament. The Tigers and coach Tomekia Reed are a 14 seed and play in Baton Rouge against the no. 3 seeded LSU Tigers on Saturday. Tipoff is set for 4 p.m. Reed’s team is 23-6 overall and won the SWAC championship with a 101-80 victory over Alabama State on Saturday.