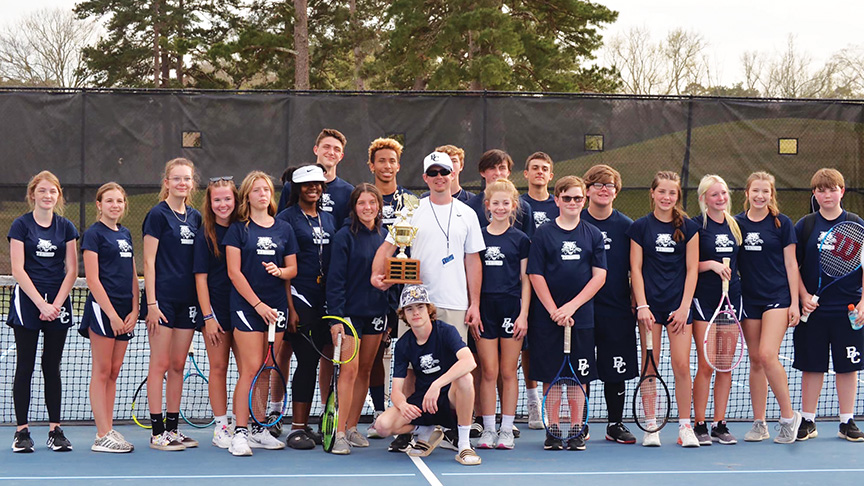 The Lincoln County Tennis Tournament was recently held at the Brookhaven Country Club and the team representing Bogue Chitto and coached by Chase Wallace won first place in the event.