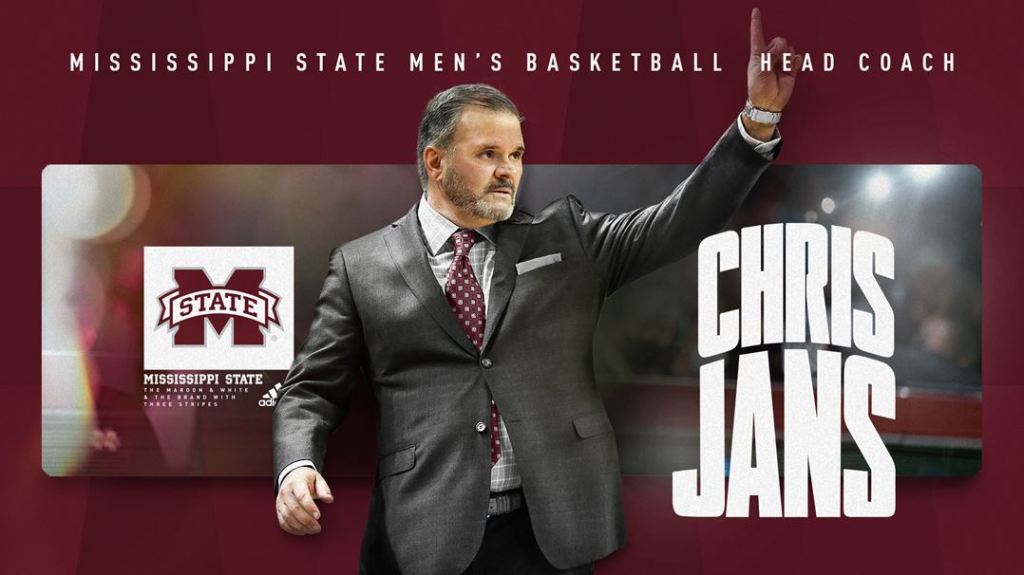 (AP) — Mississippi State named Chris Jans its men’s basketball coach on Sunday, a day after he led New Mexico State in the NCAA Tournament’s second round.

The school announced the hire on its athletic department’s website but did not provide details. Jans, who went 122-32 the past five seasons in Las Cruces, guided the 12th-seeded Aggies past No. 5 seed UConn 70-63 in the first round before they fell 53-48 to fourth-seeded Arkansas in Saturday night’s West Region game in Buffalo, New York.

Mississippi State athletic director John Cohen said Jans was considered one of college basketball’s top coaches and that his overall resume “speaks for itself.”

Cohen added: “What stood out about Coach Jans was his culture of accountability, hard-working mentality, emphasis on player development and vision for the future. … Coach Jans is a proven leader and winner.”

Jans replaces Ben Howland, who left Wednesday after seven seasons with the Bulldogs.