Attempts to skirt updated ordinance ‘not going to fly’ — Vehicles left on streets must be removed to avoid fines, towing 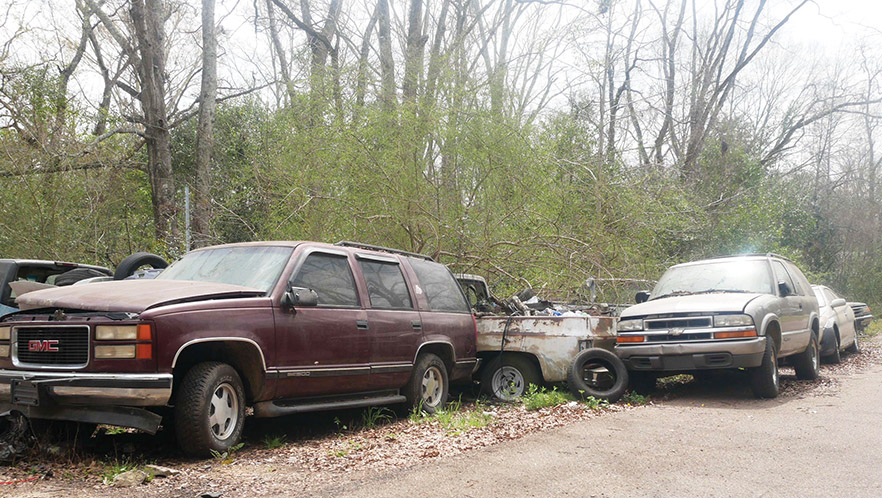 Photo by Angela Cutrer Vehicles parked on the street in Brookhaven may soon be towed and owners fined if they are not relocated.

Cars on jacks, RVs at the curb, and any other vehicle parked on city streets in Brookhaven will soon need to find other places to rest.

The ordinance on abandoned motor vehicles recently updated by the Board of Aldermen gives owners 72 hours to remove vehicles from streets once they have been notified or the vehicle has been tagged.

The update to the city’s guideline came after aldermen received complaints from residents about vehicles remaining in the streets for extended periods of time, appearing unsightly and sometimes interfering with clear flow of traffic.

When asked if a person could “get around” the ordinance temporarily by moving the offending vehicle a few feet, city attorney Bobby Moak said, “That’s not going to fly.”

If a broken-down green Mercury is reported because it has been on the street, Moak gave as an example, if it is still on the street after 72 hours it will be towed and the owner will be fined and charged with a misdemeanor.

“Just moving it a little, that ain’t going to make it happen,” Moak said.

Moving the vehicle onto private property may not solve the problem, either. Property owners cannot lawfully park vehicles, boats, trailers and/or other equipment in any yard “which creates an unsightly condition” (Sec. 30-1).

Additional ordinances in Brookhaven prohibit parking any vehicle on the street for more than 30 minutes between the hours of 2 a.m. and 6 a.m. (Sec. 46-417). No one may park a vehicle on the roadway in order to advertise it for sale (or any other advertising) or to perform non-emergency maintenance on the vehicle (Sec. 46-418).

A public hearing will be conducted just prior to the April 5 aldermen meeting to allow community input on the ordinance. If there are no objections that must be addressed, the ordinance will go into effect after 30 days.