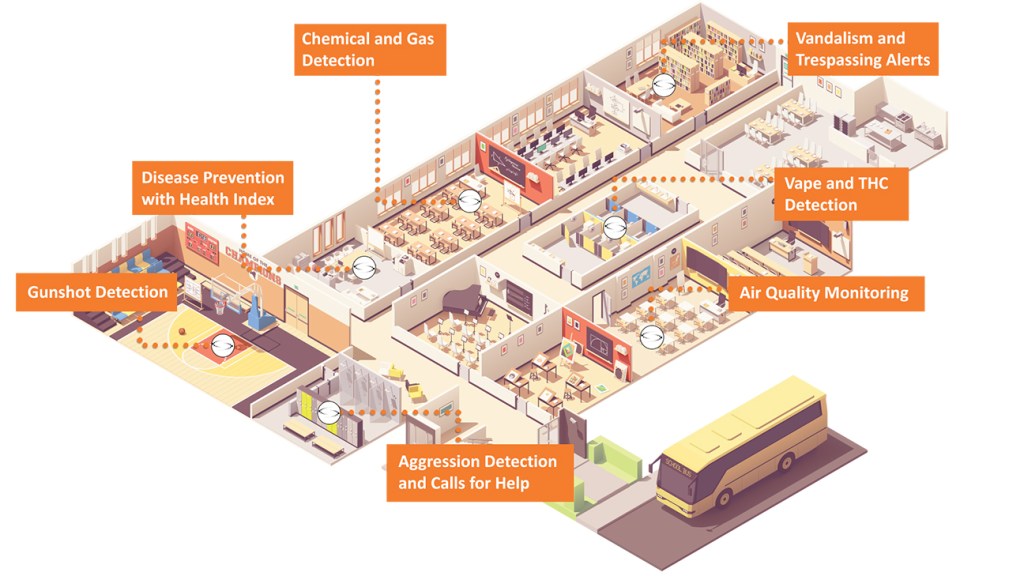 Chromebook monitoring also discussed by Board

The Brookhaven School District is elevating its monitoring of students for health and safety.

Superintendent Dr. Rod Henderson and Deputy Superintendent Dr. Danny Rushing updated the School Board Tuesday during its regular meeting on the use of the Bark parental control app and testing of HALO Smart Sensors.

The Bark app is installed on all Chromebooks in the district. It monitors texting, email and social media apps, as well as implementing web filters. Everything typed into a district Chromebook is monitored, with primary focus on any content that might cause a parent or administrator concern.

“It scans for concerns over emotional awareness, like depression, anxiety, or self-harm,” Rushing said. “It detects the language and notifies administration. We can then begin to notify counselors and parents on issues a child may not feel comfortable talking to someone about, but are issues that need to be addressed.”

The app does not record audio or take video. The Smart Sensors are also not cameras, but can detect a variety of air quality changes, sounds and movements.

“We have been doing what you might call Beta testing,” Rushing said. “We purchased a few (sensors) to have a trial run to see how well they work. We do have some in place.”

When a sensor detects any of these signal triggers, it sends an email alert to school administration. For instance, if vape use is detected in a bathroom, an alert email would send the location, “Vape Detected at BHS_2nd_Floor_Boys,” and give a date and time stamp of the trigger. Administration can then investigate the incident and follow up according to school policies.

Rushing said the administration has been very pleased with the results so far.

The sensors cost in the neighborhood of $1,000 each, Henderson said, and 35-40 units would be needed to cover the high school, junior high and possibly the middle school — primarily fifth through 12th grades. Funding for the units has not yet been determined, Rushing said, but will be considered in the upcoming school year’s budget.

“I believe it would be a good investment. Hopefully, we will have them installed at least by next (school) year,” Rushing said.

The deputy superintendent said the sensors can also be integrated into the school’s security camera system, to direct monitoring of specific areas if certain warnings are triggered, such as aggression or gunshots.

Board members expressed support for the program.

“I am excited for it — some protective measures,” newly-elected board president Patrick Brown said.

“Yes, safety of our kids,” said board member Robb Massengill.

“We want our community to know about our protective measures,” Rushing said. “We want our students and parents to be aware of what’s being done for their safety.”

Lots of rain, flooding, but no damage reported from…