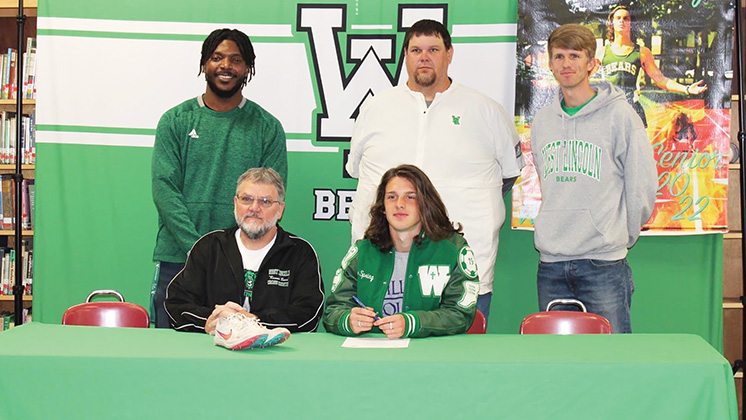 West Lincoln senior Chase Spring is going to be a Major after signing this week with Millsaps College for cross-country and track and field. Spring leaves West Lincoln after a decorated career that saw him run cross-country for the school in the fall, track in the spring and also playing soccer for the Bears in the winter.

“Millsaps originally sent me a letter last year saying that I should check the school out,” said Spring. “I took a chance and made myself known by as many people as I could and it ended up working out.”

Spring is as outgoing as he is athletic. He’s coached recreation league soccer while juggling his busy life of athletics and academics as a high school senior. He plans to major in kinesiology at Millsaps.

The Majors compete at the Division III level. The cross-country team is coached by Natalie Bach-Prather and the veteran coach also leads the track and field teams at the school.

As a freshman, Spring won a 2A state title in the 1,600-meter run for the Bears. This season he finished in eighth place at the MHSAA 2A cross-country state title meet and was fourth overall at the same event when he was a junior.