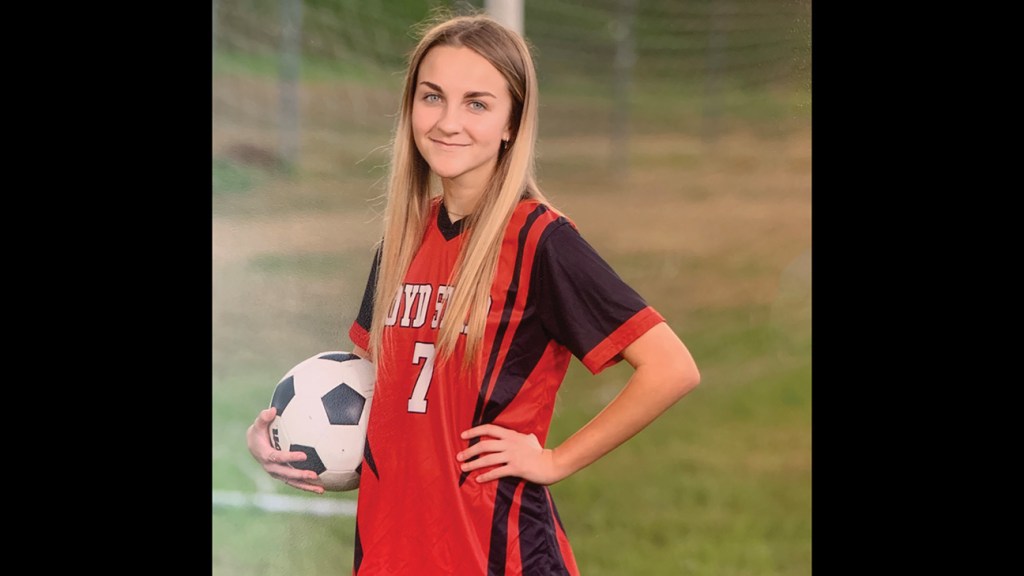 The ball just seems to find Loyd Star junior forward Mary Claire McCurley, no matter where she is on the field and no matter how hard the opposing defense focuses to stop her. This season McCurley again pounded balls into the net for the Hornets and helped lead the school to its first ever playoff win.

For her efforts, McCurley has been named the 2022 Daily Leader All-Area Most Valuable Player for girls’ soccer. McCurley is a repeat MVP after winning the inaugural award last year.

McCurley further burnished her reputation as one of the best ball-strikers in the state as she scored 39 goals for a Loyd Star team that finished 17-5 and won Region 7-Class I with a 9-1 division record.

Loyd Star beat Morton 5-0 in the opening round of the Class I playoffs for the first postseason victory in program history. McCurley had one goal and two assists in the win.

McCurley also finished first on the team with 12 assists this season. Last season as a sophomore, she scored 32 goals for LS coach Jordan Lea.

Natural, physical talent mixed with a dogged determination is what Lea believes separates McCurley from her peers.

“MC is one of the hardest working, not the hardest working soccer player that I’ve ever been around,” said Lea. “There’s no question about it, she’s a naturally talented soccer player. Her combination of talent, willingness to work hard and commitment to the game makes for a lethal combination on the field. In my eyes, she’s the epitome of dedication to the game and that’s what makes her so special.”