Hyde-Smith, colleagues press for info on U.S. support of Ukraine 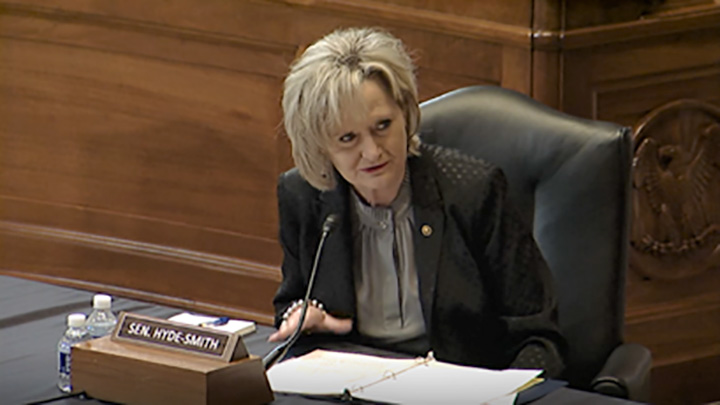 U.S. Sen. Cindy Hyde-Smith (R-Miss.), of Brookhaven, is among a bipartisan group of Senators who are pressing National Security Advisor Jake Sullivan to produce details on the speed, specifics and supply of U.S. lethal aid to support Ukraine as it makes progress against their Russian invaders.

In a letter to Sullivan, the 25 Senators ask the White House to clarify the U.S. mission in Ukraine and “commit to a military support plan to enable Ukraine to win this unlawful war of aggression.” The Senators cite concerns that U.S. and allied lethal aid is flowing too slowly and that Ukrainian forces require specific lethal assistance to repel Vladimir Putin’s assault.

“The U.S. mission in Ukraine must go beyond ensuring the country merely has the means to defend itself against Russian aggression. The strategy must deliver Ukraine necessary weapons to defend itself, counter the Russian forces’ advance, and give the Ukrainian people a chance to win this war,” the Senators wrote. “Success cannot be a Russian-occupied Ukraine — it must be a free, independent, and sovereign Ukraine. Authoritarianism cannot prevail in this conflict. Defending freedom in Ukraine is defending freedom everywhere.”

Regarding the U.S. provisions, risk assessments, and strategy to enable a Ukrainian victory over Russian aggression, the Senators ask Sullivan to provide:

The Senators also point out that President Biden has authorities and funding available to provide more than $3.0 billion of lethal and nonlethal military aid to Ukraine.