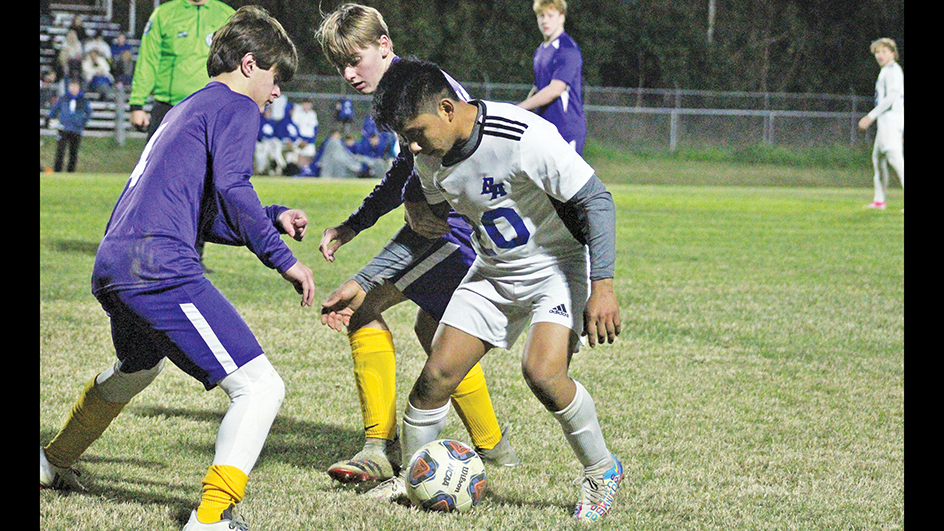 There isn’t much on a soccer field that Brookhaven Academy senior Yosvin Hernandez can’t do. Whether it be scoring goals, freeing up his teammates by drawing the defense to him or marking the best player on the other team — Hernandez is a special talent.

Brookhaven Academy finished 18-2 this season for the best soccer season in school history. For his efforts, Hernandez has been named The Daily Leader All-Area Most Valuable Player for boys’ soccer.

It’s the second straight season for Hernandez to win the award as he earned the inaugural MVP given by The Daily Leader last year while playing at Bogue Chitto.

The transfer of Yosvin, his brother Yojan and cousin Enrique from Bogue Chitto to Brookhaven Academy instantly made the team a contender in the MAIS soccer ranks.

Yosvin Hernandez finished second on the team with 28 goals scored this season. He was also in on 13 assists for first year BA coach Alex Brown.

Hernandez has signed to continue his career next season at Co-Lin.

His game is combustive. Give him a step or a crease and he can blow up the defense with a powerful kick or a deftly placed pass.

Just like Bogue Chitto and Brookhaven Academy got better by having Hernandez on their respective teams, expect the same thing for Co-Lin next season.

When he signed with Co-Lin, his coach said this.

“He’s a special kid, Co-Lin is getting a difference maker.”