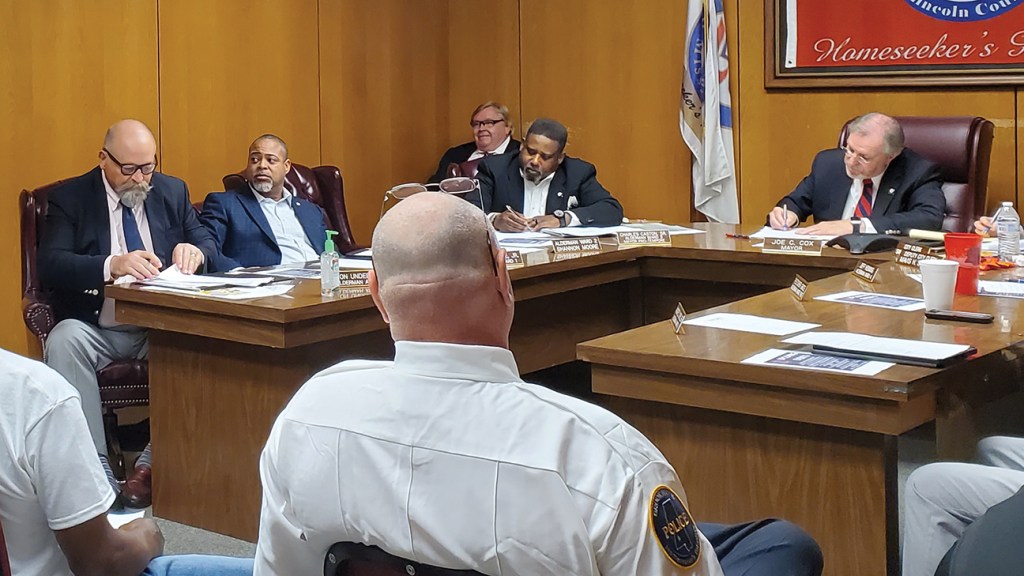 Photo by Brett Campbell / Brookhaven Board of Aldermen

Removal of abandoned vehicles and mobile homes, where medical marijuana dispensaries can be located, and restriction of where new laundromats can be built — all are issues the Brookhaven Board of Aldermen are addressing.

Brookhaven citizens will have an opportunity to share their opinion on some of these matters at a public hearing May 3. The 5:30 p.m. meeting is open to residents of the city and will take place in the city boardroom at the Lincoln County/Brookhaven Governmental Complex on South First Street.

If no objections are raised at the May 3 hearing that result in changes to the proposed ordinances, the ordinances will take effect 30 days later.

One ordinance will require residents to remove from city streets any vehicle considered abandoned. If the vehicle has not moved within 72 hours, the owner of the vehicle will be given an additional 72 hours to remove the vehicle from the street after notification by the Brookhaven Police Department.

Any vehicle still on the street after that period will be towed and impounded, and the owner fined and charged with a misdemeanor in City Court. The ordinance will apply to any motor vehicle parked for extended periods on city streets, whether running or incapacitated.

The mobile home ordinance will require removal of abandoned mobile homes from properties within the city, whether single lots or in mobile home parks. The ordinance is intended to remove unsightly structures and to prevent injuries and reduce the possibility of crime.

A zoning restriction had been suggested to keep medical marijuana dispensaries from being located in downtown Brookhaven, but was removed from consideration because state law forbids blanket zoning restrictions on such dispensaries. Board Attorney Bobby Moak told the board the State was still working to figure out laws and how they apply to municipalities, so these issues could be addressed after the medical marijuana law goes into practical effect in June.

Public hearings on any ordinances pertaining to medical cannabis will take place as needed.

A proposed ordinance will change where laundromats can be located within city limits. The coin-operated laundry businesses can be located in Commercial 1 (C1) zones — the least restrictive areas — under the current ordinance. Other commercial zonings are C2 — in neighborhoods — and C3, “highway” commercial. The proposed new ordinance will move laundromats under C3 zoning, keeping them from being built in neighborhood areas, also. Businesses along Hwy. 51 and Brookway Boulevard, for example, are under C3 zoning.

During this week’s regular meeting, the board voted to adopt a new ordinance restricting the hours a business can be open if it is “unattended.” Presented on a motion by Alderman-at-Large Don Underwood, the ordinance specifies that any business that is indoors but has no employee on site cannot operate between the hours of 10 p.m. and 7 a.m.