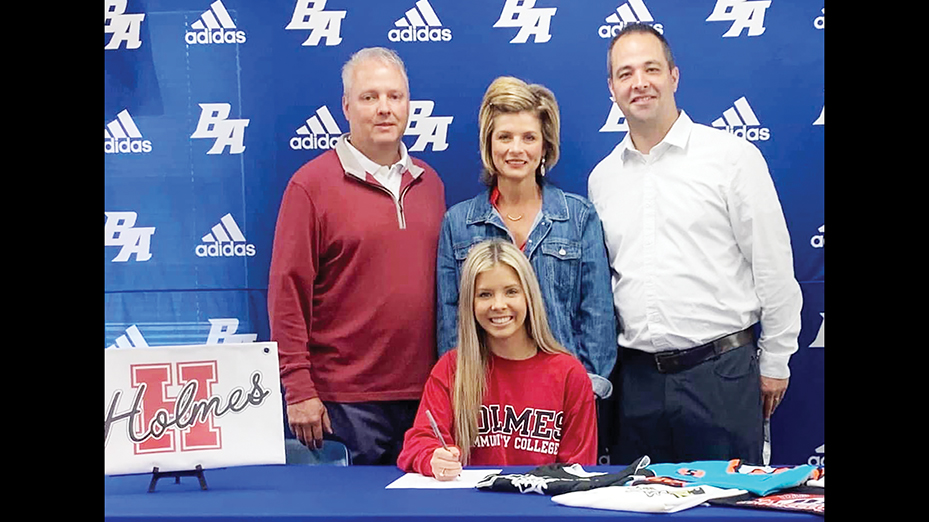 Brookhaven Academy point guard Anne Brantley Warren made her verbal pledge official on Monday when she signed a letter-of-intent to play basketball next year at Holmes Community College in Goodman.

Warren capped her five-year varsity career with a standout senior season. Her team finished 33-5 in 2021-2022 and Warren was named MAIS District 4-5A Most Valuable Player. She was also picked for the MAIS All-Star game and was recently named to The Daily Leader All-Area Team for a fourth straight year.

Brought up to the varsity team as an eighth grader, Warren started that year at point guard for a squad that went 31-7 and won the MAIS AA State Championship in 2018.

Holmes is under the leadership of head coach Bridget Goodnight. There is familiarity with Warren and the school as Holmes assistant coach Brooke Walker has also worked for the Mississippi Jazz AAU program, which is the same AAU team that Warren has played with in the past.

The hours that Warren has spent honing her game on the court of John R. Gray Gymnasium are innumerable. BA head coach Ron Kessler says Holmes is getting a player that’s willing to put in the work.

“Anne Brantley Warren is one of the hardest workers I’ve seen in my 17 years of coaching,” said Kessler. “Holmes is getting a gym rat that knows what it takes to get better at her craft. She is going to be a huge asset to that program.”