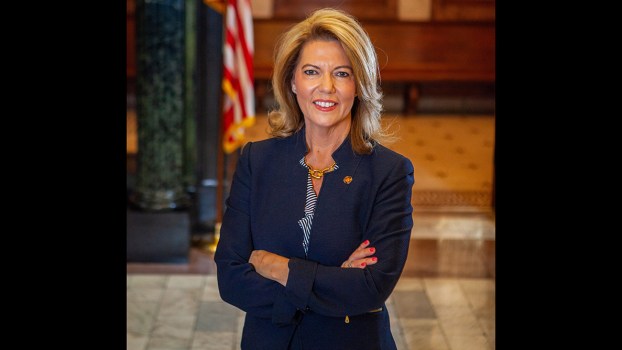 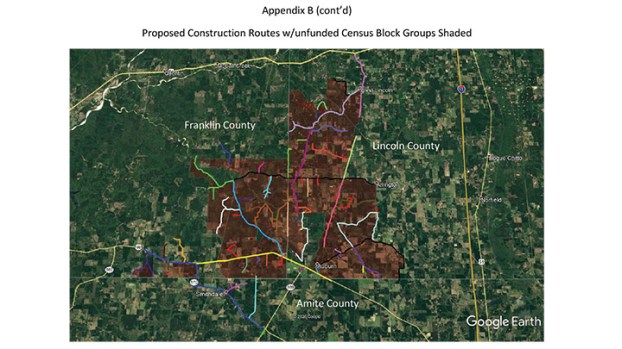 Photo/Images submitted State Public Utilities Staff Director Sally Doty, of Brookhaven, is the head of the new Broadband Expansion and Accessibility of Mississippi Act office. The maps supplied by Doty show where planned work has begun or will in coming months. 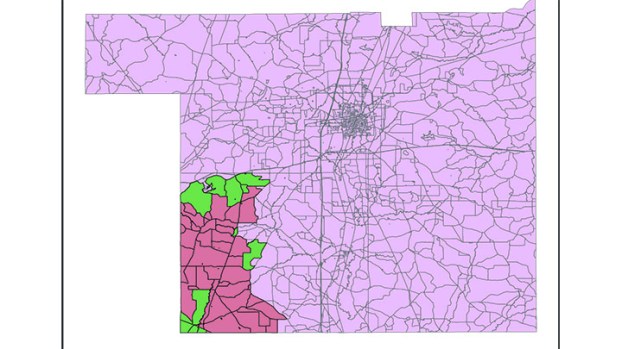 Photo/Images submitted State Public Utilities Staff Director Sally Doty, of Brookhaven, is the head of the new Broadband Expansion and Accessibility of Mississippi Act office. The maps supplied by Doty show where planned work has begun or will in coming months.

Former state senator Sally Doty, of Brookhaven — who serves as the Mississippi Public Utilities Staff Director — has been appointed by Gov. Tate Reeves to run the new office of the Broadband Expansion and Accessibility of Mississippi Act.

The new office will direct hundreds of millions in federal dollars to expand broadband internet access across Mississippi, where some have estimated 40 percent of the state lacks access. The effort has been likened to providing electricity to rural Mississippi in the 1930s.

“It is my strong belief that one’s zip code should not limit access to these technologies,” Reeves said as he signed House Bill 1029 into law and announced Doty’s appointment. “… Mississippi needs someone who gets up every single day and asks, ‘What can we do to improve and increase access to broadband for our entire state.”

Though Doty’s work is statewide, Lincoln County is important to her.

“So many parts of Lincoln County are underserved or totally unserved,” Doty said. “The funding that BEAM will administer will reach those areas and be transformational for the county and all of Southwest Mississippi.”

A project in West Lincoln has already been approved, Doty said.

“I look forward to the day when our entire county and entire state has connectivity,” she said.

The new BEAM office, under the state Department of Finance and Administration, will take applications from internet providers and dole out $162 million in federal American Rescue Plan Act money earmarked for broadband expansion projects. Mississippi also is expected to receive from $500 million to $1.1 billion for broadband expansion from the infrastructure bill Congress passed late last year.

Doty, as public utilities staff director appointed by Reeves in 2020, has already been helping oversee broadband expansion work in Mississippi. The state has received hundreds of millions of federal dollars for broadband expansion in recent years. It received $495 million from the Rural Digital Opportunity Fund and lawmakers earmarked another $75 million from the first round of pandemic relief the state received. Most of this money went to rural electric cooperatives.

Doty said electric co-ops and small rural phone companies that received the earlier round of funds have laid thousands of miles of fiber optics and hooked up thousands of households.

“We want to allow all Mississippians to participate in the digital economy we are all part of now,” Doty said. She said Mississippians need access to telehealth, higher education, remote working and other online opportunities to compete and “all of these opportunities depend on connectivity in today’s world.”

House Public Utilities Chairman Scott Bounds, R-Philadelphia, author of the act, said 40 other states have such an office overseeing broadband expansion as the federal government pumps billions of dollars into the efforts nationwide. He said the new office and legislation will be invaluable for future state and federal efforts.

Reeves said the new office will help with “accountability and transparency” of Mississippi’s deployment of hundreds of millions of federal dollars for broadband. But he was also questioned at a press conference after signing the bill about exemptions in the new law for BEAM from public records and open meetings laws. The new law says BEAM records are “confidential, proprietary, and subject to exemption from disclosure.”

Reeves said there are “accountability measures in place,” for the new office and that it will be accountable to him and thus taxpayers. He said the public disclosure shield measures are needed so that internet providers will be candid about their work and service area maps. Nationwide, there is a problem coming up with accurate internet service maps.