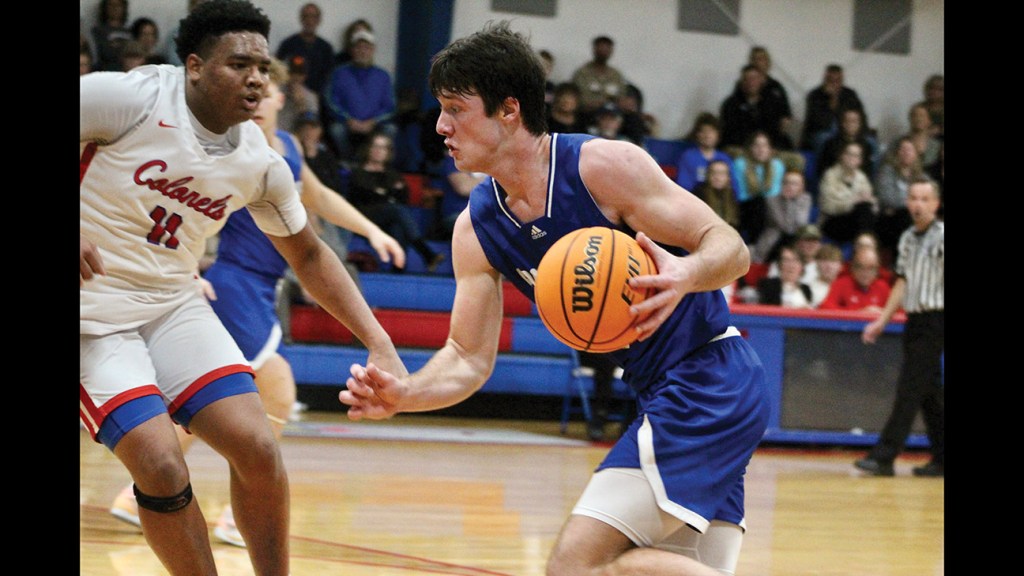 Graduation hit the Brookhaven Academy basketball roster hard this season and the opposition knew that senior forward Tyler Fortenberry would be the focus of the Cougar offense.

Facing double and triple teams, Fortenberry did a little of everything for his team during the 2021-2022 season. He brought the ball down the court when pressure was toughest and posted up in the paint to grab rebounds as the tallest player on the team.

Fortenberry averaged 18.7 points per game for coach Josh Watts and a Brookhaven Academy team that saw their season ended in the first round of the MAIS 5A South State Tournament. He also pulled down 8.8 rebounds per night and handed out 1.4 assists per game while shooting 51.7 percent from the floor for the season.

For his efforts, Fortenberry has been named The Daily Leader 2022 Most Valuable Player for boys’ basketball. Fortenberry is a repeat selection after winning the award last season as a junior.

If he wished to pursue it, college basketball would be a solid option for Fortenberry. At 6-foot-5, 215-pounds, he’s always going to be among the most physical players on the court when he laces up. College basketball coaches from both two- and four-year schools have kept an eye on him over the years but were told that football would be the game of choice for Fortenberry at the next level.

He was All-Area MVP this year for football too and has signed to play quarterback next season at Copiah-Lincoln Community College.

Fortenberry went out on his shield in his final high school basketball game. He scored 23 points in a 63-61 loss to Copiah Academy.

He hit shots from all over the court that night in packed gym that had a large student section from CA standing behind one of the goals. He muscled past defenders with his dribble and scored on contested layups in the paint.

BA trailed by eight points with a minute left and Fortenberry helped will them back to tie the game at 61-61 with his effort and energy. It was similar to how he played in his final high school football game, a playoff loss to Kirk Academy in overtime.

In both close games, everyone knew that Fortenberry would be the one with the ball in his hands. There was a frantic-ness in his energy that told you he would do whatever it took to help his team win.

You didn’t need to look too closely to see how sickened he was by losing.

He was good as a freshman and sophomore, but over the final two years of his basketball career, Fortenberry took his game up another notch and rose to a MVP level of play.