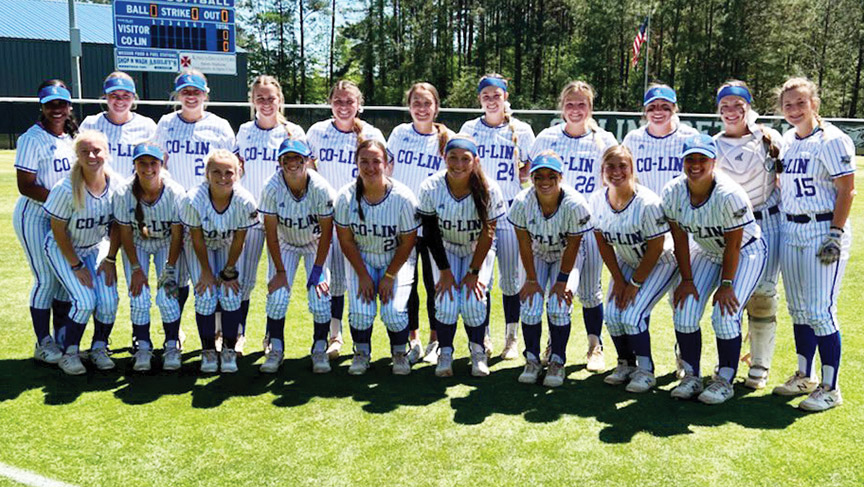 Photo Submitted The 2021-2022 edition of Co-Lin softball has reached a first in program history as the team was ranked No. 1 in the latest NJCAA Division II National Poll.

The final seven days of the regular season are shaping up to be filled with big games for the Copiah-Lincoln CC softball team. Co-Lin and coach Meleah Howard are currently sporting the top ranking in the nation as they were voted No. 1 in the latest NJCAA Division II softball poll.

It’s the first time in school history for Co-Lin to be ranked No. 1.

Co-Lin will be on the road Wed. April 20 when they head to Ellisville to play Jones College. Jones is currently ranked No. 5 and lost in the national championship game last year to Phoenix College, the team that trails Co-Lin in the No. 2 spot of the latest poll.

First pitch of the opener at Jones is scheduled for 4 p.m.

Howard’s team then wraps up the regular season with a set of home doubleheaders. On Saturday, April 23 the Wolves will host Northwest CC for two games that start at 1 p.m. Northwest is ranked No. 12 in the latest NJCAA poll.

Co-Lin, 34-3 at press time after taking the first game of a doubleheader on Friday at Northeast CC, is currently the leader in the MACCC overall standings with a one game lead over Jones.

The winner of the regular season will host the upcoming MACCC State Tournament.