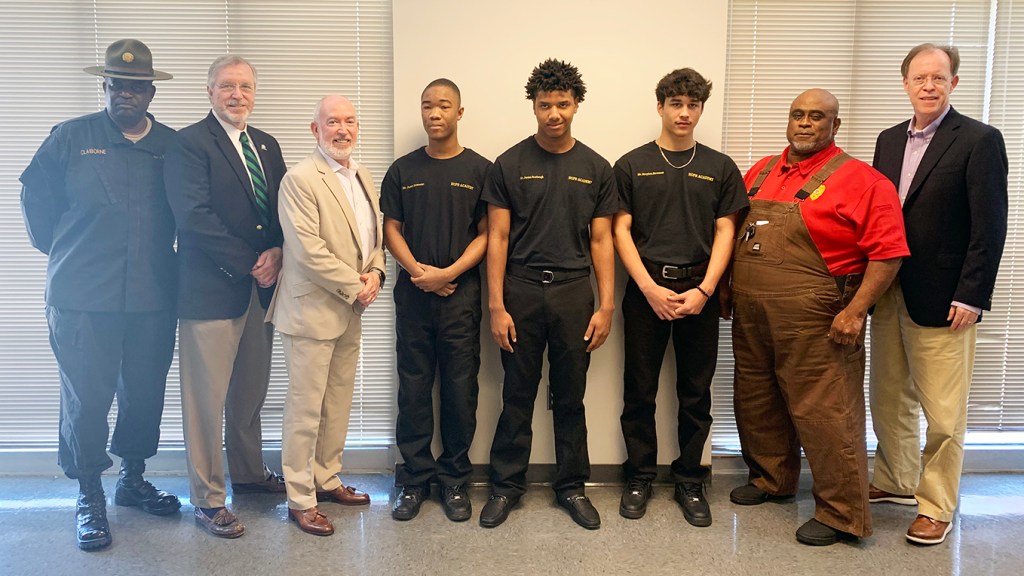 In September 2021, I by chance sent a message to the Mayor’s Office in Brookhaven, MS, telling him of The Hope Academy and our mission to help young men and women who have found themselves to be at risk. I was not really expecting a response because I have had so many doors shut in my face in reference to youth outreach. Yet, to my surprise the mayor, Joe Cox, responded to my email immediately. He called me to come to Brookhaven and show him what I was talking about with the Academy. You see, he had a desire to do something for the youth in his city.

So, I traveled to this city, wondering what I would find. Would they be receptive to helping at-risk youth in the city? What I found was amazing. The meeting with Mayor Cox and his staff was so positive. I was invited to come back, this time with the City in the room. There were pastors, civic leaders, council members, prosecutors, judges, bankers — just everybody. I gave the presentation and we were off.

The mayor’s staff consisted of Cindy Smith (and her husband Johnny) who kept us all together, with Samantha Melancon who made it happen. There was Mavis Stewart who kept things running smoothly behind the scenes. Let us not forget Brett and Donna Campbell who helped tell the story and Sister April who comforted me on an extremely hard day.

I also met some brothers that were just unbelievable like Pastor Greg Warnock, who singlehandedly coordinated the feeding mission for the entire class session. There was also Shannon Aker — what can you say about this man? I just do not have the words to describe him, but we would have never been able to do what we did without him and The Bank of Brookhaven Staff. Let us not forget Ron Henderson the District School Superintendent and his staff, and Mr. Matt Schell who kept the roof over our head. Pastors whose churches and people just loved us. Pastor Martin and his wife, St. James M.B. Church, Easthaven Baptist Church and the Woman’s Mission Organization, Crump Chapel Pastor Burnell Robinson, First United Methodist Church, Mr. Mike Land of Bowie’s Barbecue and Faith Presbyterian Church, Grace Community Church with Pastor Phillip Sterling, Central Baptist Pastor Ryan Thurman, Pastor Victor Mackabee and New Beginnings Church and then New Hope Missionary Baptist Church brought it home taking care of the graduation ceremony. My parents, Chase Bowman, Frederick Allen, and Ms. Tammy Scarbrough. Then there was my brother, F. Gregory Malta, and the Servitium Club, who played a leading role in putting the class together, and Chief Kenneth Collins who started us off right.

The City of Brookhaven showed The Hope Academy nothing but love. Many would say it does not exist but let me tell you about a city that I know. ROCK STEADY!

Thank you for sharing at Christmas

If everyone treated people like they do in Brookhaven