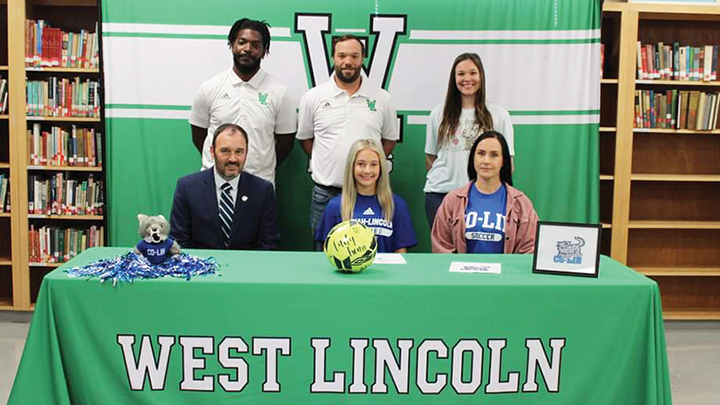 Senior Angelina Shows has been a foundational part of the West Lincoln soccer program since it was formed at the school in 2017. Her father John is the principal at the school and the program was created under his leadership with Angelina as part of the team from its inception.

Shows recently made sure her soccer playing days aren’t over by signing a letter-of-intent to play next season for the Copiah-Lincoln CC women’s team.

As a senior, Shows scored five goals and was in on four assists for a WL team that finished 8-10 overall and 6-4 in Region 7-Class I.

West Lincoln soccer coach Dane Hodges says CLCC is getting the type of player who gives maximum effort on every possession.

“Angelina constantly provided energy with her hustle and aggressiveness,” said Hodges. “As our defensive midfielder, she was important in providing big stops and also contributing key goals and assists throughout the season. She has been a part of our program since it started and will be missed, but we’re excited to see what she’s able to do at Co-Lin.”