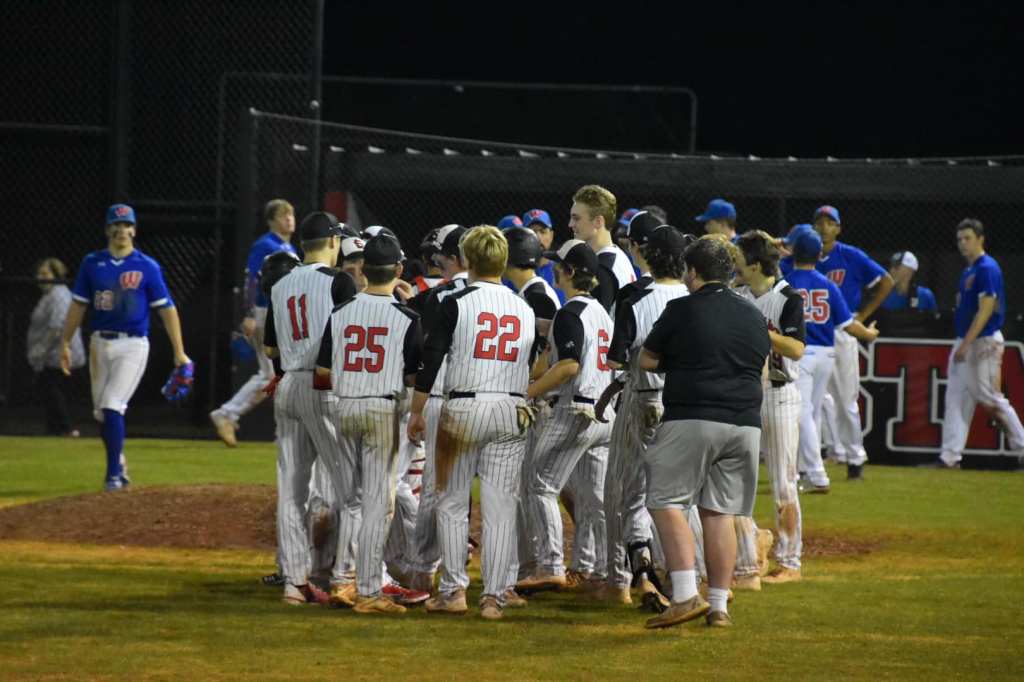 Photo Submitted The Region 7-2A champions from Loyd Star take on North Forrest this weekend in a MHSAA 2A first round playoff series.

Coach Jared Britt and his Hornets are 18-5-1 on the season and sailed through Region 7-2A play with a perfect 12-0 record. The Hornets scored an average of 13 runs per division game and gave up just 10 combined total runs in their 12 region wins.

Senior Riley Easterling has a team best ERA on the hill for Loyd Star as he’s struck out 60 in 39 innings of work and has a 0.718 earned runs average. He’s also driven in a team best 28 runs at the plate. Fellow senior leader Dawson Hester is second on the team with 22 RBIs this season for the Hornets.

North Forrest is in the playoffs because each division has to have four teams make the postseason. The Eagles are 4-16 and have a young team that’s dotted with players that are still in junior high. All four of the wins this season for NFHS came against division foes as they beat both Heidelberg and Collins twice.

Coach Gareth Sartin and his Bobcats are 11-15 on the season and finished as runners-up in Division 7-2A with an 8-4 record. BC dropped an 8-7 decision at 4A North Pike in the regular season finale last week.

Sacred Heart of Hattiesburg is 14-7 overall with two of those losses coming to the top team from Region 8-2A in Stringer and two more coming to the second seeded Mize Bulldogs.

The Bears are 5-15 and come in as the no. 4 seed from Region 7-2A. They gained a playoff spot by sweeping Amite County in a three-game series in late March.

Freshman Korben Altman leads West Lincoln at the plate with a .392 batting average. Altman, senior Hayden Boyd and senior Jon Brantlee Pedigo have all three driven in 14 runs each. Senior left hander Brady Ratcliff leads the Bears on the mound as the ace of the pitching staff.

Stringer is 17-6 and went 8-0 in region play this season. The Red Devils have been a perennial 1A contender before moving up to the 2A ranks this season. Their wins this season include an 8-4 victory over 5A West Jones.

Coach Josh Garrett’s team is 10-7-1 and comes in as the no. 2 seed in Region 7-1A behind state title contender Taylorsville. The Jackets will be favored in their 3-game series against Lumberton.

The senior duo of Matthew Burns and Brayden Polk lead Enterprise at the plate. Burns is also one of the top arms on the team along with freshman Wyatt Garrett and senior Bailey Harmon.

Lumberton has won three games this season. Their victories are over Lamar Christian, Tylertown and Salem. That division win over Salem gave Lumberton the third seed in the playoffs from Region 8-1A.

The Cobras, under the direction of second year head coach Vance Windom, are 16-7 overall and finished as the no. 2 seed in Region 7-2A behind Franklin County.

Franklin County won the first meeting between the schools on April 12 by a 7-2 final score. In a rematch on April 15, Wesson led 5-0 after 4.5 innings. Franklin County then sprang a huge comeback, scoring five runs in the sixth, to win 6-5.

Franklin County (15-1-1) will place St. Patrick in a first round series that includes a 7 p.m. first pitch in game one Friday night in Meadville.

West Marion is 15-11 overall and is far from a pushover as a no. 3 seed. The Cobras will need to get quality starting pitching from a deep staff that includes senior Caden White, senior Brett Boutwell, junior Gabe Selman, junior Will Loy and senior Turner Green.