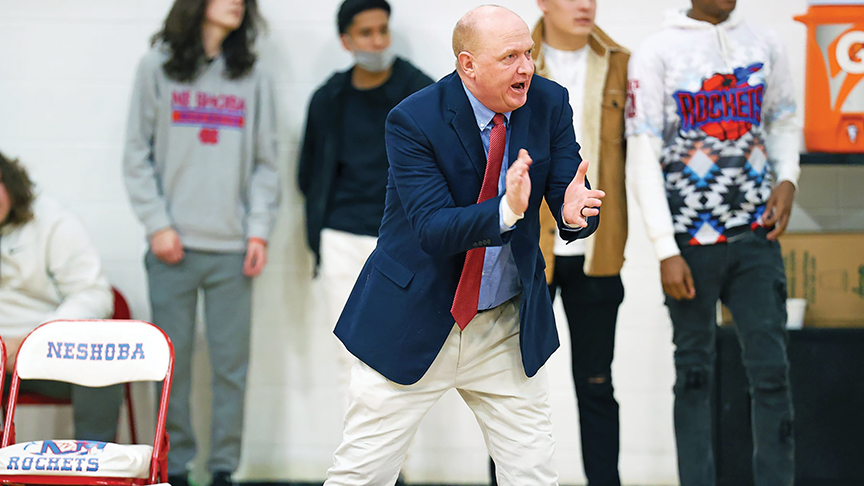 Liberty native Russell Cruise is headed back to southwest Mississippi after gaining board approval this week to serve as head girls’ basketball coach next year at Loyd Star.
“I’m just excited to come back home and to hopefully have an impact on the kids I get to coach at Loyd Star,” said Cruise.

Cruise has most recently been at Neshoba Central, where he was head boys’ coach for the 5A Rockets for two seasons.

“Words can’t even describe what an awesome place Neshoba Central is to work at,” said Cruise. “It was a great opportunity for me when it came open, but my family was all still here, and it got harder and harder to leave them.”

“Coach Case and I have touched base and she’s built an awesome cross-country program here,” said Cruise. “All I want to do it to keep it rolling in the right direction.”

“Coaching both junior high and both high school teams for the last couple years, I don’t know how Coach Britt has had time for anything other than basketball,” said Cruise. “I’m taking over a program that’s been in good hands and look forward to getting to work.”

Former Bogue Chitto head coach Christ Terrell coached Loyd Star for one season in 2018 and the following season the team was coached by former head coach Gene “Moochie” Britt, who came out of retirement for a single season.

Gene Britt had previously coached the team from 2013-2018. He replaced former Enterprise coach Billy Vaughn, who led the team from 2008-2013. Jan Delaughter and Lori Britt were both head girls’ basketball coaches at the school prior to Vaughn.

Cruise and his wife Kim have two daughters named Karli and Sydni. To further cap off a big week for the Cruise family, Karli — who played basketball for her dad at Lamar School — graduates from pharmacy school this weekend.