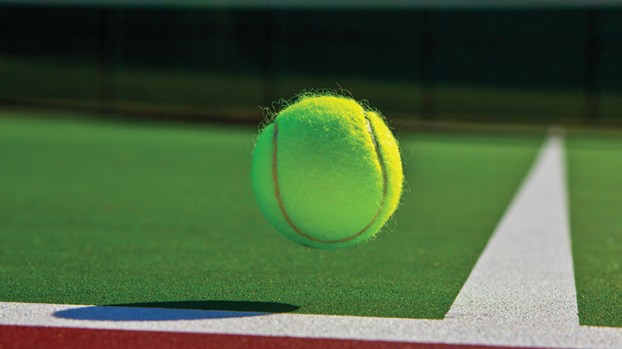 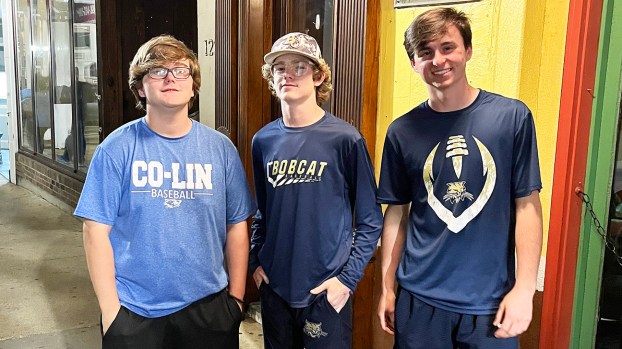 Photo submitted Members of the Bogue Chitto tennis team competing this week in Oxford at the MHSAA Individual Tennis Championships include, from left, Knox Leggett, Gage Smith and Andrew Merrell. 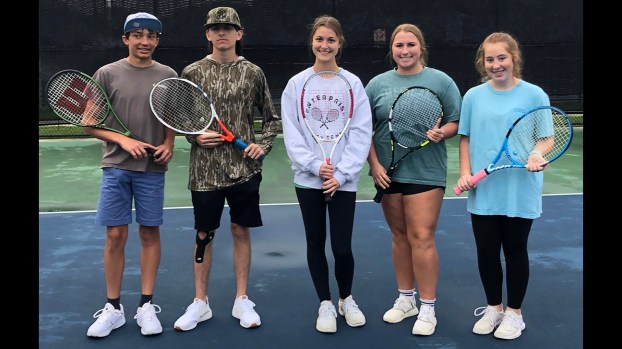 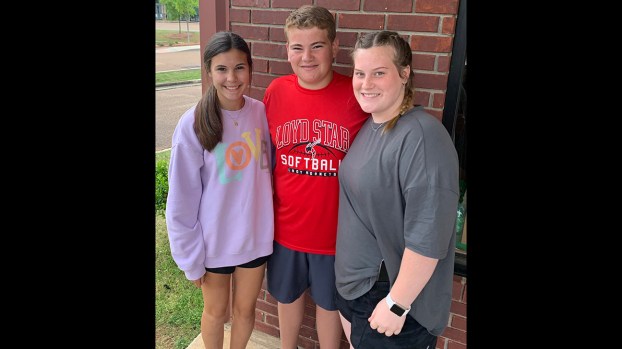 Photo submitted Members of the Loyd Star tennis team competing this week in Oxford at the MHSAA Individual Tennis Championships include, from left, Ady Locke, Knox Leggett and Haley McCullough. 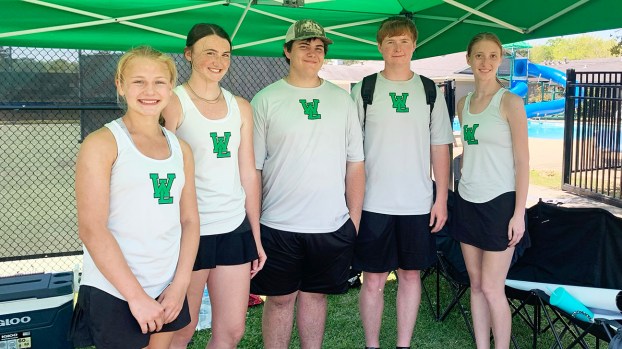 The MHSAA Individual Tennis Champions takes place this week in Oxford and there will be a sizable contingent from the four Lincoln County schools competing today in the first round of the Class I (1A-2A) Tournament.

Bogue Chitto coach Chase Wallace brought three players to Oxford for tourney action. Sophomore Jax Leggett is seeded No. 5 in the boys’ singles bracket. Leggett will face the No. 12 seed from Belmont in the opening round of 16.

Representing Bogue Chitto in boys’ doubles will be the duo of Gage Smith and Andrew Merrell. Both sophomores, the pair are the No. 5 seed in their bracket and play the No. 12 seeded team from New Site in the first round.

Also playing in the boys’ singles bracket from Lincoln County is Kolby Sagely of Enterprise. A freshman, Sagely is seeded No. 7 and will face the No. 10 seed from Wheeler High in the first round.

Enterprise head coach Karen Dunaway also has the girls’ doubles team of Ellie Davis and Natalie Harris representing EAC in Oxford. Davis is a junior and Harris is a senior. The pair is seeded No. 9 and will play the No. 8 seed from Mize in the first round.

The mixed doubles duo of Hunter Givens and Allayna Barnett of Enterprise are the No. 9 seed in their bracket and are playing the No. 8 seeded team from East Marion. Barnett is a sophomore and Givens is a junior.

Loyd Star coach Dustin Sisco also has a mixed doubles team in the tournament as the pair of Knox Leggett and Haley McCullough will be seeded No. 12 and play the No. 9 seeded team from Pisgah in their first match. Leggett is a freshman and McCullough is a senior.

Freshman Ady Locke of Loyd Star is the No. 14 seed in the girls’ singles bracket and she’ll first play the No. 3 seed from Tupelo Christian.

Katelyn Berryhill of West Lincoln is the No. 13 seed in the girls’ singles bracket and will first meet the No. 4 seed from Resurrection Catholic. Berryhill is a senior and plays for West Lincoln tennis coach Idalia Sterling.

Sterling’s team also has a duo playing in both the boys’ and girls’ doubles brackets. The junior pairing of Kamren Clark and Tristin Rollins are the No. 13 seed and play the No. 4 seeded team from Eupora High in the boys’ double tourney.

The West Lincoln girls’ team of Chloe Sterling and Alexis Johnson are seeded No. 15 in the doubles bracket and will play the No. 2 seeded team from French Camp in the first round. Sterling is an eighth grader and Johnson is in sophomore.

The opening round and quarterfinals for Class I will be played today at FNC Tennis Center in Oxford. The semifinals and championship matches for Class I are scheduled for Wednesday.

The last, best showing for Lincoln County athletes at the individual tourney was when Will McCullough and Morgyn Brister of Loyd Star both finished as runners-up in boys’ and girls’ singles respectively in 2019. Brister was an All-State player this season as a sophomore at Co-Lin while McCullough is playing as a freshman this season for Meridian CC.