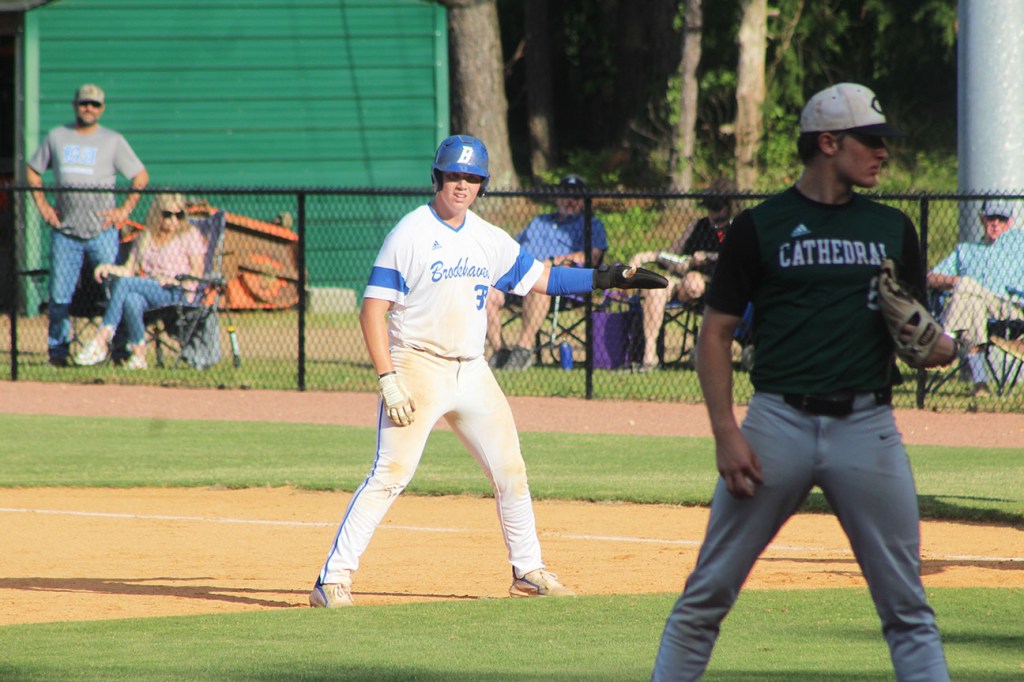 The Brookhaven Academy baseball team had few issues with Cathedral School last week in the opening round of the MAIS 5A playoffs.

The Cougars won 15-5 in Natchez on Tuesday and finished up the sweep on Friday with a 5-1 win at home.

The second round will be a step up in competition though as coach Caleb Upton’s team next plays Saint Joseph Catholic of Madison.

The first game of the three-game series between the schools is scheduled for 6 p.m. on Tuesday in Madison. The series then shifts to Brookhaven for game two on Thursday. That game will begin at 4:30 p.m.

If a third game is needed, it will be played immediately after game two at approximately 6:30 p.m. on Thursday.

The Bruins took two straight games from Oak Forest Academy in their first-round series, winning 8-4 on the road and clinching with a 4-3 win in a game that needed an extra inning on Friday.

Brookhaven Academy comes in as a team that is seeing and hitting the ball with confidence as of late. They used 17 hits in game one against Cathedral to run away with the 10-run win.

Senior Trenton Tarver, a Copiah-Lincoln CC baseball signee, was a homerun short of hitting for the cycle in that game as he finished 4-of-5 with a double, triple and five RBIs.

Senior Tyler Fortenberry also had four hits in game one and junior Easton Boyte hit a home run for the Cougars as well.

Judson Griffin pitched the win in the first game against Cathedral and Boyte picked up the victory on the hill Friday.

Cathedral threw its ace on Friday in senior Noah Russ. Russ limited BA to just four hits and struck out eight in a 4-3 Cathedral win on April 21.

Friday, the Cougars made hard contact early and often as a four-run third inning ended up being the difference in the game.

Russ gave up nine hits while striking out four and walking two.

Boyte threw 113 pitches in getting the complete game win. He struck out six, walked one and gave up one unearned run on five hits.

Griffin, Tarver and Trevor Fortenberry all had a double apiece for the Cougars while Boyte drove in two runs to help his own cause.

The other quarterfinal bracket being played in the south portion of MAIS 5A baseball playoffs has Copiah Academy facing off with Columbia Academy. BA is the No. 1 seed out of District 4-5A while Copiah is the No. 1 seed from District 3-5A.

The Cougars took two games from Copiah in the regular season. St. Joe beat Copiah 6-2, lost 12-2 and also lost the first meeting between the schools by a 10-9 final score in nine innings.

The two quarterfinal series to be played this week in the north section of the bracket have Magnolia Heights playing East Rankin Academy and Simpson Academy taking on Starkville Academy.