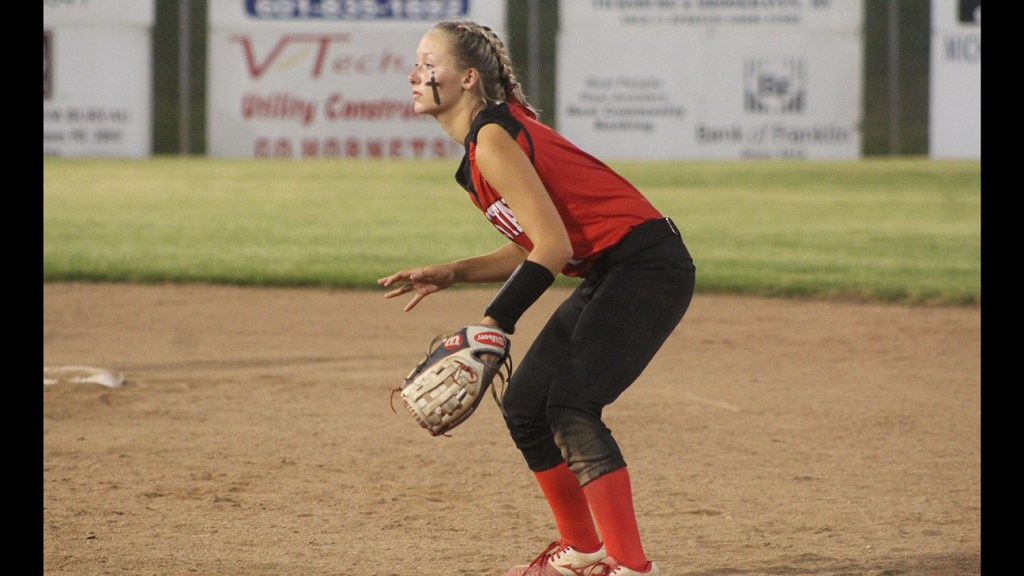 Photo by Cliff Furr Loyd Star senior Baylee Zumbro had a two-out double that drove in three runs for her team on Monday against Lake High. The visitors of Lake rallied though to end the season for Loyd Star with a 11-4 loss.

Here’s a look at how area teams fared in the second round of the MHSAA softball playoffs.

The MHSAA 2A second round series between Lake High and Loyd Star came down to a third and final game at Jan Delaughter Field on Monday. A four-run fifth inning by the visitors ended up being the difference in an eventual 11-4 win for Lake High.

Lake won game one at Loyd Star on Friday by a 4-0 advantage. Coach Scott Leggett’s Loyd Star team battled back to win 10-6 on Saturday and force game three.

On Monday, Lake went ahead 1-0 after the first inning before Loyd Star tied things up at 1-1 after three complete innings.

The fourth inning had the home crowd on its feet as the Hornets scored three runs to go ahead 4-1.

The bases were full of Hornets with Carson Hughey on first, Aubrey Britt on second and Brooke Cade on third with two out and senior Baylee Zumbro at the plate.

Zumbro delivered in a big way with a base clearing double that put Loyd Star up by three runs.

The lead was short lived though as Lake took the lead back by a 5-4 advantage in the top of the fifth. Lake (21-9), the defending state 2A champions, added six runs in the sixth inning.

Lake outhit Loyd Star 10-8 and the Hornets committed five errors in the game.

The 2022 season ended with two losses to Puckett High for West Lincoln in the MHSAA 2A second round.

Puckett High won 7-6 in Rankin County on Friday in game one. West Lincoln led 6-4 after five innings but fell behind after Puckett scored three runs in the sixth to take the win.

Eighth grader Addi Myers, eighth grader Ryleigh Purdy and junior Deanna Lofton all had one RBI each for West Lincoln on Friday.

The Wesson Cobras are on to the third round after pounding Magee High in two straight games in the MHSAA 3A playoffs.

Wesson beat Magee 8-1 in game one and 12-2 in the second game Saturday in Simpson County. The Cobras are 18-4 for coach Michelle Nunnery and will meet Enterprise-Clarke in a three-game series this week.