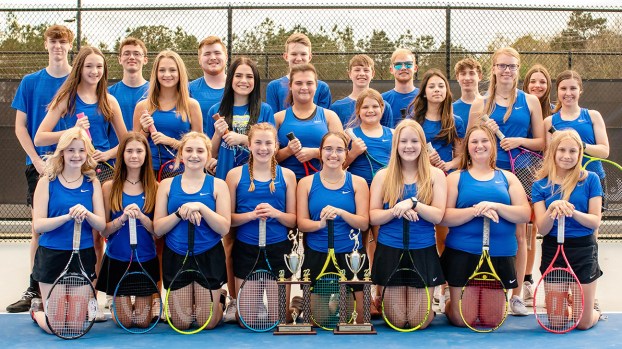 Photo by Amanda Everett Wesson finished as the first-place team in Region 7-3A this season and sent eight players to the individual tournament in Oxford. 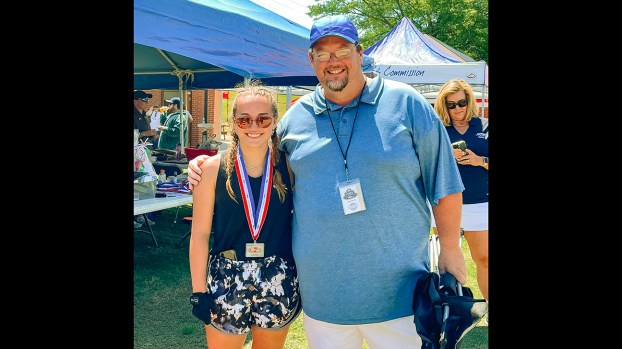 The Wesson Cobra tennis program put forth another solid effort in the recent MHSAA 3A Individual State Tennis Championships in Oxford.

Eight members of the team qualified for the tournament with senior Ally Everett having the deepest run in the girls’ singles bracket.

Everett was seeded No. 2 in her bracket and made it to the finals before finishing as runner-up to McKenna Wheatley of St. Andrew’s.

Senior Sam McInnis made the semifinals of the boys’ singles bracket for Wesson after starting the tournament as the No. 4 seed.

The girls’ doubles duo of Macy Loy and Kamryn Bridges made the quarterfinals of their bracket as they were the No. 4 seeded team. Also playing in the girls’ doubles bracket from Wesson was the pairing of Vivian McRee and Baylee Newman, who began the tournament as the No. 12 seeded team.

In the boys’ doubles bracket, Wesson was represented by the team of Coleman Bonds and Connor Brister. The duo began play as the No. 5 seeded team in their bracket.

Wesson finished as Region 7-3A tennis champions during the season and were eliminated in the team portion of the state tournament by Clarkdale.

Wesson tennis will not only be replacing the seniors lost to graduation next year but will also have a new head coach after the retirement of coach Rod Martin.