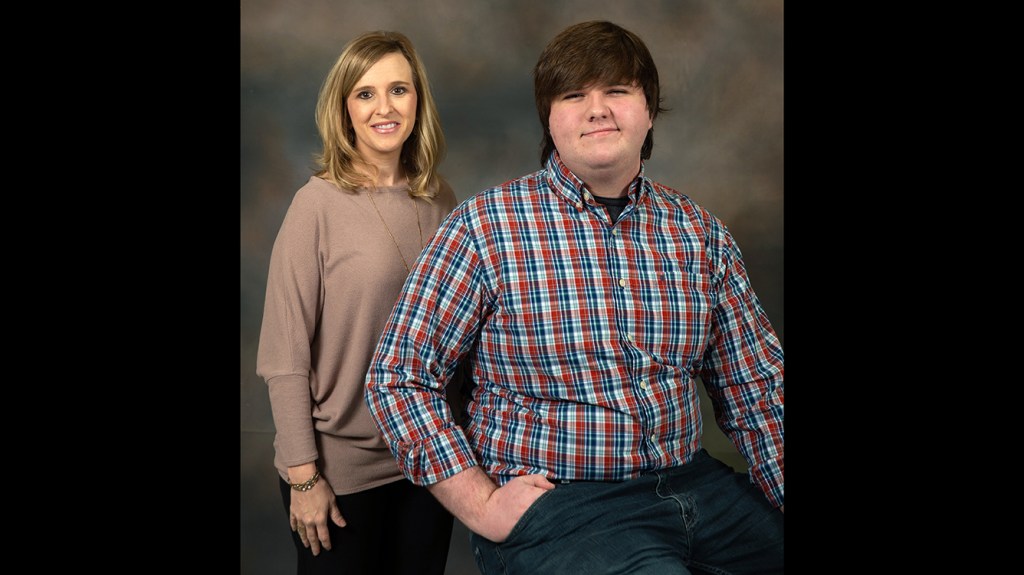 West Lincoln senior Caleb Sasser is his school’s 2022 Star Student. With a high score of 32, Sasser’s score is well above the average of 21 (of a possible 36) as a competitive score.

He will graduate West Lincoln this week, then it’s off to the University of Mississippi in the fall to study general engineering with an emphasis on pre-med studies.

“My career goals are to become an engineer and — further on in the future — a doctor,” Sasser said. “I aspire to these goals because medicine, and science in general, interest me, and I have found that my academic strengths complement both careers rather well.”

Sasser selected English instructor LeAnn McEwen as his Star Teacher. It was McEwen’s second time to be selected for the honor.

The senior chose McEwen “because she impacted my educational career the most out of all the teachers I have learned under,” he said.

“Also, despite my apparent interests in mathematics and science, I have excelled in English and doing my own writing,” Sasser said. “I even made a perfect score of 36 on the English (portion of the) ACT, so, since I was already thinking of choosing her as Star teacher, receiving that score practically made the decision for me.”

The veteran educator of 18 years teaches English III and IV, ACT Prep and Creative/Technical Writing. Sasser was in her ninth through 11th grade English courses as well as the ACT prep course.

“As with all of my students, I develop a relationship with each of them so that they know I am always available to help each one of them succeed,” McEwen said. “They do not have to be in my class to receive help from me. I think Caleb and I have just always had a great student-teacher relationship, and we share a passion for English.”

His parents, siblings, grandparents and other close family members have all been positive influences on him, Sasser said. His father, Jonathan, was also a Star student.

“When it comes to positive influences on my education, (they) have done well to encourage me and help me find my way to this career path,” he said. “Obviously, Mrs. McEwen has been a substantial influence on me and my ambitions. In addition, many other teachers have done much to influence me, like Mrs. Idalia Sterling, Mrs. Vicki King, Coach Jeremy Johnson, Mrs. Jana Hodges and a few others.”

Sasser took the ACT three times to improve his scores. Since his first attempt in his sophomore year, he took more advanced classes to help him get better at the college prep test.

“As I went through school and picked up more of the harder classes, I naturally learned more about the four subjects of the test while learning specifically about how to better take the test in ACT Prep,” he said.

He thinks anyone who wants a better ACT score should learn as much as possible about each subject, studying for it the best they can.

“Just as important, you need to learn to manage your time,” Sasser said, “since knowledge is not useful when you do not have enough time to apply it.”

“Go in with the mindset that you are going to do the best you can,” she said. “Putting forth your best effort always leads to success. If you do not score high enough the first time, try again! Look at the weakest areas and focus on improving that score.”

“As Caleb transitions to Ole Miss, I wish him the best,” said McEwen. “He will be missed at West Lincoln, but I know that he is going to be successful in all of his future endeavors.”