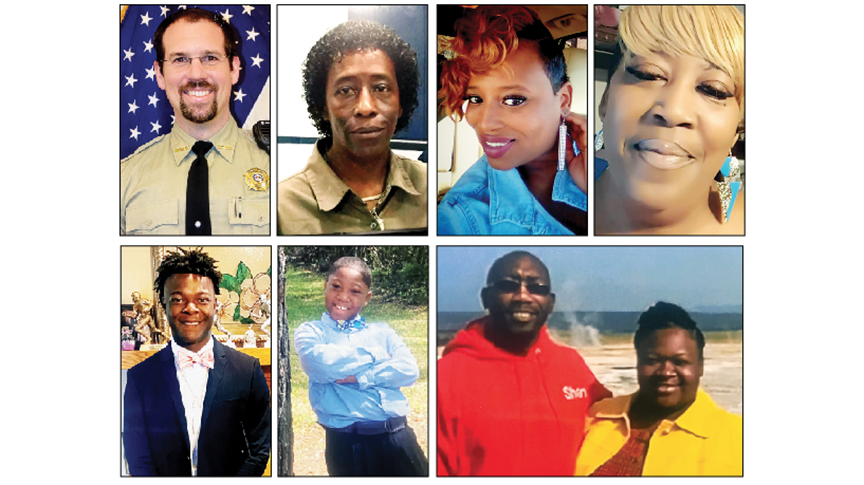 Photos submitted Pictured are the victims of the May 2017 shootings in and around Bogue Chitto are, top row from left: Deputy William Durr, Brenda May, Toccara May and Barbara Mitchell; bottom row, from left: Jordan Blackwell, Austin Edwards and Ferral and Shelia Burrage.

Megan Durr Cook’s children have shirts in honor of her brother, William, a Lincoln County deputy who died May 27, 2017. The message is simply “What Would William Do? Tell a Joke and Love Jesus.”

She thinks it is a great way to honor her brother’s memory.

Durr was one of eight people shot and killed that Memorial Day weekend in Lincoln County by Corey Godbolt, who is in prison facing execution for the domestic incident that escalated to an overnight killing spree. The other victims were extended family members Jordan Blackwell, Ferral Burrage, Shelia Burrage, Austin Edwards, Brenda May, Toccara May and Barbara Mitchell.

‘The pain is still so raw’

For Durr’s mother, Debbie, 2017 was a difficult year. A widow, she lost both her son and her sister to cancer six weeks later that year.

“It has not been easy, but we know William wants us to keep on living,” she said. “I know where my Donnie, William, Rebecca and other family members are. I will see them again.”

The deputy’s mother-in-law, Brenda Hall, still struggles with the loss.

“My heart hurts. It’s been five years, yes, but the pain is still so raw,” she said. “My husband and I loved him like a son. We miss him every day.”

Like many loved ones left behind, Hall said she mourns the potential lost. Durr was the first law enforcement official to respond to the domestic incident call and he was the first killed as he tried to diffuse the situation.

“What hurts the most is knowing the great things William was doing in this world, and seeing all the children he could have helped. He made life so much better for all of us, especially children,” Hall said. “He was a true servant of our Lord. I thank God for the time we had with William.”

‘I have an angel watching over me’

After killing Durr, Godbolt embarked on an overnight rampage across the county, turning his fury on extended family members.

Shayla Edwards lost her son Austin, a sixth-grader, that day.

“It doesn’t really seem like it’s been five years. Everything moves at a certain pace,” she said. “There are constant tears, and good times. Thinking you hear your child’s voice … I’m constantly traveling to other schools (in my job) and I see kids named Austin.”

The loss of Austin has reverberated through the family for the past five years. Edwards said she left her job in the McComb School District to be in Brookhaven near her other son Caleb, who was struggling after Austin’s death. Caleb has since graduated BHS and went straight to the workforce, feeling he was not ready to go to college though he had been accepted to more than one.

“God was really working on him spiritually,” his mother said. “I’m proud of him. He’s doing well for himself, and he seems to be in good spirits. His dad died a couple of years ago, so he lost his brother, cousin and father.”

Edwards has two things of Austin’s that she has kept close. About a week before his death, Austin had put three capsule toys in a bucket of water to see what they would expand to become, and left them there. Later, when Edwards emptied the bucket, she saw what they were — three angels. One fell apart, but the other two remain. She says they remind her of “my two angels” — Austin and Jordan.

Shayla’s sister Tiffany Blackwell lost her son, Jordan, remembered by many as a star football player at Brookhaven High School. One of Blackwell’s classmates had necklaces made for the sisters containing the fingerprints of Jordan and Austin. The sisters wear the jewelry daily.

“We’re basically hanging in there,” said Blackwell. “Every chance we have we talk about them to keep their legacy alive.”

“People ask me, overall, how are you so happy?” Edwards said. “Austin was a Christian. So was Jordan. They’re in heaven — I know they are. I’ll see them again.”

She said so many people committed their lives to Christ at the boys’ funeral that it was amazing. If that’s why her son died, for these people to meet their Savior, Edwards said she’s “OK with that.”

“God, family, friends and continuous prayer have helped us continued on,” said Blackwell.

“I have an angel watching over me,” Edwards said. “I’m happy. My kids are happy, and I’m good.”

Cook got married one week after her deputy brother’s death, and now lives in Florence with her husband and their two children.

“There are some days that are really, really hard and this week is hard,” Cook said. “But those days are further apart now.”

She said the family tries to incorporate William and his badge number, 22, in special events. William had been in charge of getting his mother’s birthday cake one year and got one that said “Happy Mother’s Birthday.” So Cook has kept the tradition of the funny and awkward message on her mother’s birthday cake.

Durr’s son Nash is 16 now and is a typical teenager. He has completed his sophomore year in high school and looks and acts like his father in a lot of ways. It’s comforting to his family.

“For the most part, everything is a lot better. I’m on the road to healing,” said Tressie Hall Durr, William’s widow. “There are obviously good days and bad days, and certain things seem to trigger memories and emotions.”

She took some time off but has since returned to full-time work and travels, a hobby she loves.

“It’s not ‘life as usual,’ but I’ve gotten back into a routine,” she said. “God is good and he has blessed me, and I am able to remember happy things. I remember William as he lived.”

Both family members said the community support continues to buoy them.

“The community support has just been absolutely phenomenal. I don’t know where I’d be without the support of (Sheriff) Steve Rushing and the Lincoln County Sheriff’s Department,” Hall Durr said. “We celebrate the good and we comfort in the bad.”

The Durr family created the Deputy Donald William Durr Memorial Character Award in 2019, to present to an LCSO deputy who exemplifies the same character as the award’s namesake — involved in the community, kind, and a person who gives back. The inaugural recipient was Wade Hinshaw. Keith Dickerson and Kylene Lowe received the award in 2020 and 2021, respectively.

Meanwhile, as another Memorial Day dawns, the family will remember and honor the memory of loved ones lost.

A five-year anniversary balloon release will be Saturday, May 28, at 3 p.m. at the Bogue Chitto Fire Department, where a marker stands as a memorial to the “Bogue Chitto 8.”

The deputy’s sister has another suggestion to remember her brother and the others whose names are on that marker.

“I would love for everyone to do some sort of act of kindness for somebody else,” Cook said. “William had such a big heart, with kindness and love spilling over. Show somebody some love and go out of your way to do it.” 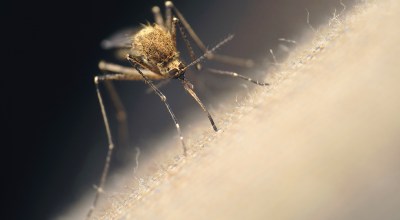 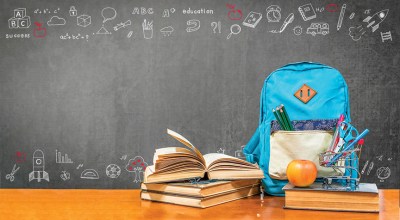 Cooking on a fire pit takes a financial hit…