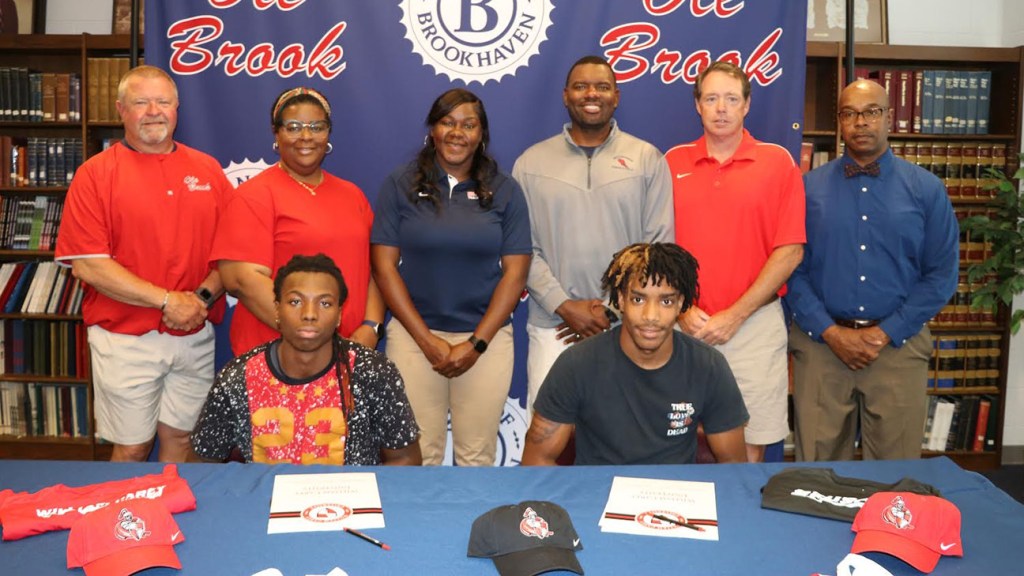 The 6-foot-3, 165-pound Brown was a three-sport athlete as a senior at Brookhaven High. Brown played football for the first time as a senior and was a starting wide receiver for a BHS team that won its region.

In the winter, Brown played basketball for coach Charlton Grey as he was part of the varsity hoops team for four years at BHS.

For the BHS track team, Brown was a specialist in the hurdle. He finished fourth overall at the MHSAA 5A meet in the 110-meter hurdles and second overall in the 300-meter race at the same event.

Brookhaven High football coach Tucker Peavey had said prior to the season that it was a shame that the physically gifted Brown hadn’t played all four seasons of varsity football as he caught on quickly to the sport as a senior.

Track coach Darien Dorsey has seen Brown become a vital part of a BHS boy’s track team that won the MHSAA 5A state title this year.

“Jalin has a work ethic that is awesome,” said Dorsey. “I’m extremely proud of both of these guys and excited to see them at the next level.”

Kennedy was also a member of the BHS basketball team during his career as a Panther. The athletic, 6-foot, 160-pound guard was an All-Region and Daily Leader All-Area selection as a senior on the hardwood.

He finished fifth overall at the MHSAA 5A State Track Championship in the 100-meter dash and sixth in the 200-meter dash.

“Elijah got better with every track meet,” said Dorsey. “The skies the limit for these two young men, especially with them being able to focus on just one sport in college.”

You can do what’s right for your team, even…