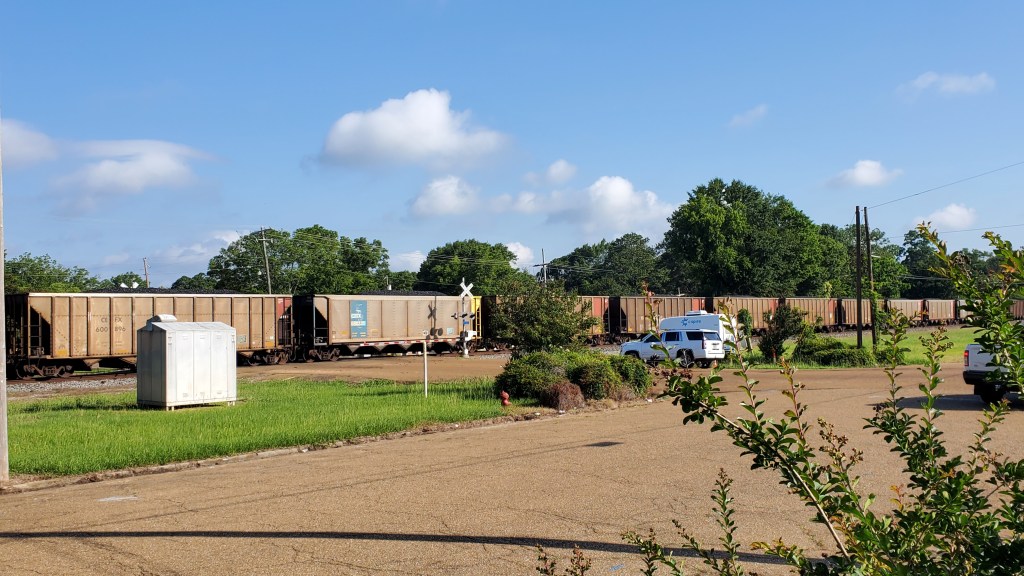 Photo by Brett Campbell A freight train rests on the tracks Tuesday morning.

If you’re trying to get from the east side of Brookhaven to the west this morning — or vice versa — you might want to factor in a little extra time.

A freight train came off the tracks “a bit” in Brookhaven a little after 8 a.m. and the train remains there for now.

Police Chief Kenneth Collins said an engine has been dispatched from Gallman to try to pull the train straight and get it on its way, but people should expect the tracks to be blocked for quite a while.

Alternate routes across the tracks include Hwy. 84 and Dale Trail south of downtown, and Industrial Park Road on the north side of downtown.

As always, once the tracks clear, use caution and obey the crossing warnings.