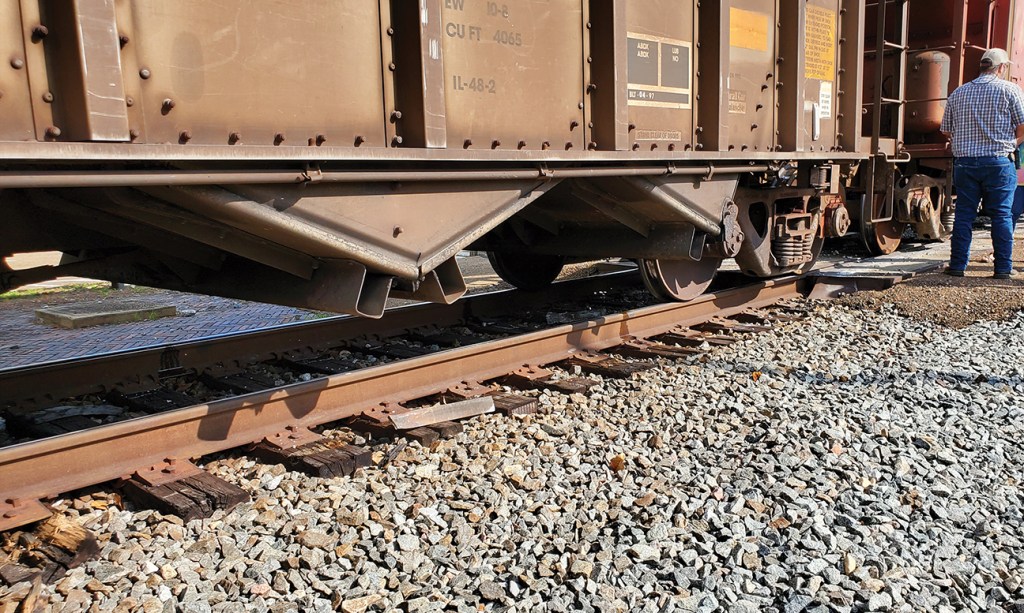 Photo by Brett Campbell / Portions of the railroad track came apart Tuesday morning in the crossing on Monticello Street. Expect delays to last most of the day.

The railroad crossing at Minnesota Street is now open for traffic to pass in downtown Brookhaven.

Portions of the track came apart in the crossing of Monticello Street, causing the train to have to stop until the damage could be fully assessed and properly addressed.

Emergency personnel at the site speculated the freight cars at the crossing would have to be unloaded and removed from the area to avoid further damage and a possibly more dangerous situation. Only then could the remainder of the train move out of the area, and the damaged sections be repaired or replaced.

All other crossings remain closed until further notice.

Click here for a short video of some of the damage.