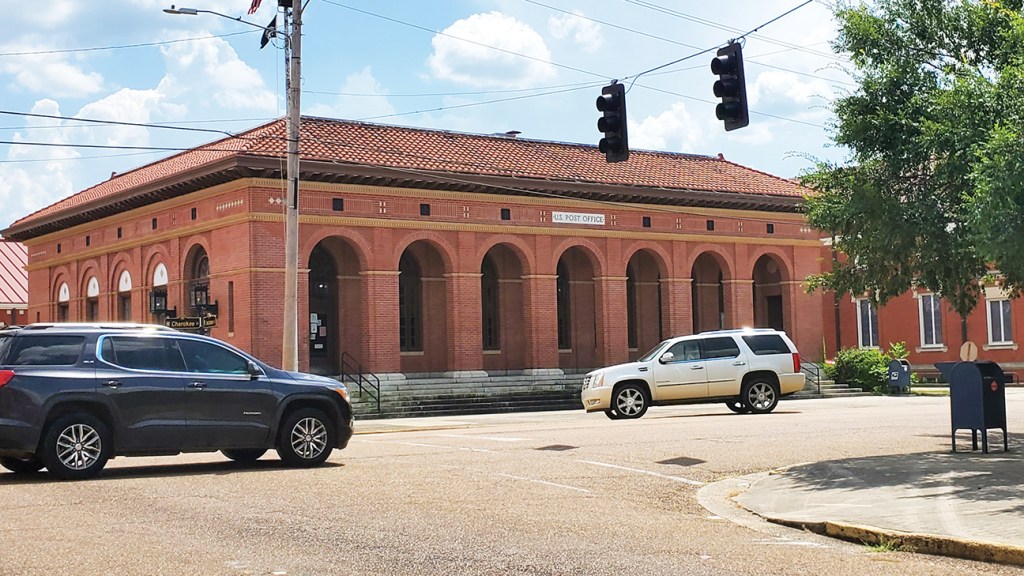 Photo by Brett Campbell / The U.S. Post Office on Cherokee Street has been the target of recent mail box tampering.

Over the past two months, a few mail boxes in the lobby of the U.S. Post Office on Cherokee Street have been tampered with. Mail has been stolen from at least one of the boxes. Theft of mail and crimes committed against the Postal Service are federal crimes and come under the jurisdiction of the U.S. Postal Inspector.

“We’ve got a couple of suspects,” Brookhaven Police Chief Kenneth Collins said. “We’ve been in contact with the Postal Service and state and federal governments.”

In May, someone reported their post office box had been tampered with, and that a box of checks had been taken. When someone cashed one of those checks at BankPlus in Brookhaven, a bank employee caught the transaction and reported it to police. When the suspect returned to attempt to cash another check on May 9, officers were called and he was arrested, according to Det. Capt. Clint Earls.

Police charged Jatran Kewon Sanders, 39, of Brookhaven, with uttering forgery. But Sanders is not the only suspect.

The detective captain said he has had conversations with the U.S. Postal Inspector’s office about increased security options that are under consideration. For now, Earls suggests box renters check their boxes more frequently, and earlier in the day.

“If possible, check your boxes at a reasonable daytime hour, rather than late at night,” he said. “Check your boxes often and report any box tampering.”

Some misdemeanor theft of lawn and garden equipment was also reported from the Post Office on Brookhaven Street. Chief Collins said these crimes should urge business owners to invest in surveillance systems and better lighting, if they have not done so already.

“These will help us out tremendously. It’s worth the money if we catch one person,” he said. “We need their help. We’re trying to do with limited manpower the best we can.”