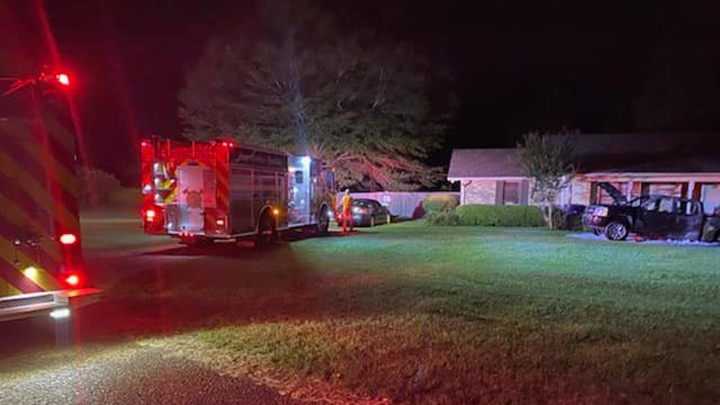 A Sunday early-morning fire destroyed a vehicle at a home in Lincoln County.

Fire fighters from the Loyd Star Volunteer Fire Department responded prior to 3 a.m. to 1575 Stonewall Lane.

“When they arrived on the scene the rear of the truck was 80 percent gone,” said Loyd Star VFD Chief Adam Tanksley.

The Brookhaven Fire Department was asked to dispatch a truck in support, to help keep the fire from spreading to the nearby home, BFD Chief Jeff Ainsworth said.

The fire was contained and extinguished, and no one was injured in the fire or response.

“They used five gallons of foam to extinguish the fire completely,” Tanksley said.