You asked: How do I get my streetlight fixed? 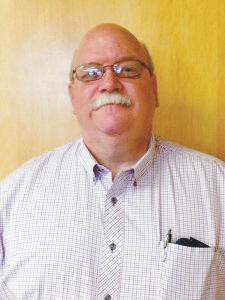 Streetlights around the city of Brookhaven provide illumination after dark. They help motorists see where landmarks are, help pedestrians see where they are walking, and help property owners and residents feel safer. So what happens when they go dark?

“Our office gets notified of a light that’s out, whether that’s from the public calling in or an alderman telling us, or from one of our own workers driving around at night,” said City Inspector David Fearn. “I get it and it goes to Entergy, or Southwest, or Magnolia — whoever the power company is — and they write a work order and they fix it. Sometimes that fix is quick, and sometimes it takes a while because they need to get parts. It all depends on what’s broken and what it’s going to take to fix it.”

The City pays the monthly usage bill for all the lights pointing toward the street — the total count of which Fearn said is “probably in the thousands.”

“We pay that bill every month and we expect them to be on when we need them, and off when we don’t need them,” he said.

The lights are photo-electric, meaning they come on when the skies get dark enough. Lights are reported if the bulb is burnt out, or a sensor is out, or if the light is “stuck in the ‘on’ position” and will not turn off.

“The only problem that we have in this process is that we don’t know when they go out to fix them or when they get them fixed,” Fearn said. “We put a ribbon on them. The power company is supposed to take them off. If (the ribbons are) still on the pole, it generally means they’re not fixed.”

No matter who reports the light problem, the ribbons are put on by Fearn or the person driving around at night checking them. Unless there is a major issue with repair of the light or getting parts in to make the repair, the light is usually fixed in about a week, he said.

Any citizen that notices a light out should call Fearn’s office, if there’s no ribbon on the pole.