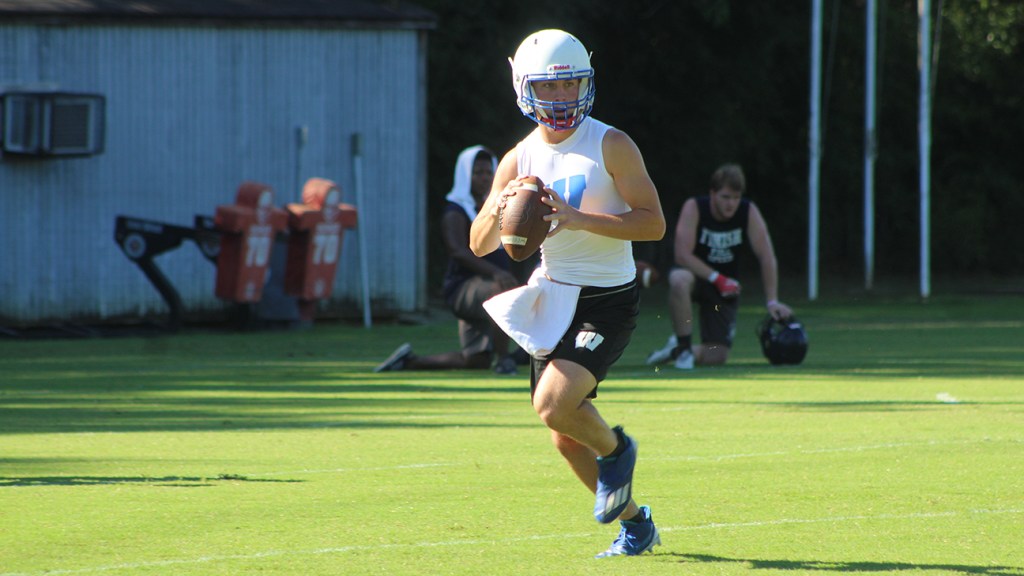 PHOTO BY CLIFF FURR Wesson senior quarterback Will Loy rolls out to pass during recent 7-on-7 competition. Already the most prolific passer in school history, Loy recently competed in the 601 Elite Quarterback “Big 40” Camp held at Southern Miss.

For local fans, Wesson senior quarterback Will Loy is a known commodity.

The Cobra signal-caller has been slinging touchdowns passes since he was a freshman for his dad, Wesson head coach Jeremy Loy.

Last week Loy capped off the summer before his final season of high school football by participating in the 601 Elite Quarterback “Big 40” Camp at the University of Southern Mississippi.

The camp was put on by private quarterback coach Wyatt Davis and included some of the best high school and junior college quarterbacks from Mississippi, Louisiana and Alabama.

“It was a real honor to be chosen to participate,” said Loy. “There were a couple throws here and there that I wish I could have tried again, but I thought I did pretty well.”

Loy worked out last summer with Davis in Wesson and then recently went through another session with the QB coach at Parklane Academy. Davis was a high school quarterback at Pearl River Central and Loy says he runs high-energy workouts.

“He really pushes you on every rep and puts you through drills that mimic what game speed looks like,” said Loy.

Jeremy Loy was a high school quarterback himself and has seen Davis build his brand by traveling all over the state.

“I respect the way that he goes to wherever the kids are to put them through workouts,” said Jeremy Loy. “You could see that paying off at the camp by how many good players were there from all around the state.”

Davis is expecting another big season out of Loy in his last season as a Cobra.

“Will Loy is one of the hidden gems in this state at the quarterback position. He’s gritty and plays with a chip on his shoulder,” said Davis. “There’s advantages of being a coach’s son. He’s pretty much grown up in that system and he puts the ball in places defenders can’t get to.”

Though there may have been some highly ranked quarterbacks in attendance with plenty of recruiting ranking “stars” by their names, few can match the statistics put up by Loy in his career thus far.

The 6-foot-1, 180-pound Loy has thrown for an even 7,200 yards in his 32 career starts. He comes in to his senior season having tossed 83 career touchdowns through the air and putting up another five scores on the ground.

Brought on to start in the third game of his freshman season, Loy finished that year with 2,495 passing yards, 25 touchdowns and five interceptions as the Cobras beat North Forrest in the opening round of the 2A playoffs before losing 6-0 to Enterprise-Clarke in the second round.

He topped that output in 2020 during his first full season of a starter. The then sophomore threw for 2,759 yards, 39 scores and three interceptions as Wesson dominated Region 7-2A. The Cobras again won a first round 2A game, this time beating Bay Springs, before being eliminated by Union High in a high-scoring second round game.

Last season saw Wesson return to the 3A ranks as the Cobras joined in a loaded region that included the defending 3A champs from Magee. Loy tossed 19 touchdowns and averaged 15.1 yards per completion in 2021.

“I’m excited to see him this year,” said Davis of 601 Elite Quarterbacks. “You look at what this kid has done in the past three years and it’s unbelievable. It would be huge for him to hit the 10,000-yard mark as a passer.”

There was a long-ball competition at the camp and it was won by Gautier quarterback Kaden Irving with a toss that went 69-yards. Loy said his best throw traveled a distance of 62-yards. A senior, Irving is committed to next play baseball at Ole Miss.

Loy isn’t officially committed anywhere, but he’s got a strong relationship with the coaches at his hometown community college, Co-Lin, who offered him back in Feb.

“The coaches at Co-Lin have a done a great job recruiting me,” said Loy. “Coach Micah Davis (CLCC QB coach and former Wolves signal caller) and I talk all the time.”

A standout student, Loy boast a high score of 32 on the ACT.

Loy has also worked to pack on the pounds over the years as he’s filled out from the skinny freshman when his varsity career began.

One thing that he credits for his rise to near 180-pounds is Park Place Ice Cream located in downtown Wesson.

“In the summertime, I’m probably getting ice cream from there at least three or four times a week,” said Loy. “My go-to order is a large hurricane (think DQ Blizzard) with Oreos and I get extra Oreos.”

“It’s the best ice cream I’ve ever eaten,” says Loy with a certain level of awe in his voice.

It doesn’t hurt that Loy has a part-time job working at Dumps BBQ in Wesson, which is located just a short 15-yard throw from his favorite ice cream spot.

Being the son of the head coach, he’s also got a key to the weight room and spends more time lifting than he does eating ice cream.

You can hear the excitement Loy has for his upcoming senior season in his voice when he talks about the work his fellow Cobras have been putting in this summer.

“We were young at receiver last year, but everyone is a year older and a year smarter, including me,” said Loy. “I love the guys that we’ve got on the offensive line. I’m just ready to play — I can’t wait for the season to start.”

Wesson opens the 2022 football season on Aug. 27 when the Cobras will host Tylertown. 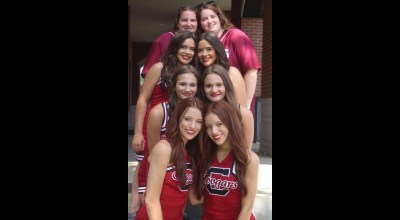 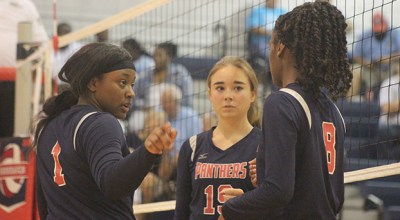 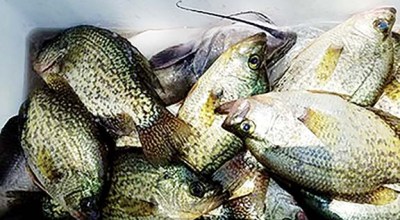