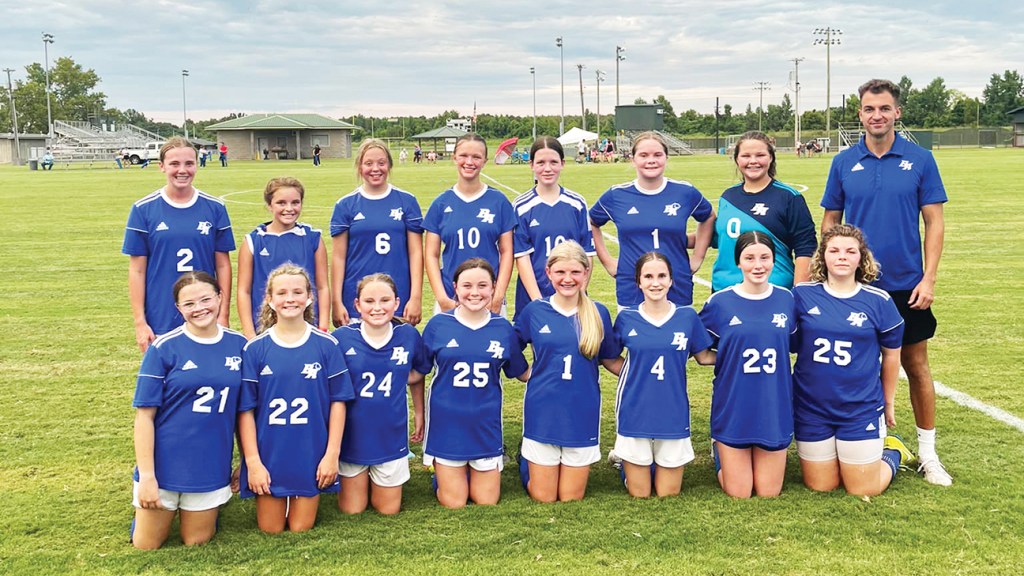 The Brookhaven Academy girls’ soccer team has gotten in four matches so far in 2022 as the team has battled wet weather that’s affected their schedule.

The annual BA Kickoff Tournament was cut short over the weekend at the Hansel King Sports Complex due to rain that halted the event.

In the seventh annual edition of the event, coach Alex Brown’s team took a 3-1 win over Park Place Christian Academy of Pearl.

Junior Reagan Fortenberry scored all three goals in the win. Senior Kate LeBlanc notched one assist and seventh-grader Camille Calcote had an assist as well.

The team also had a 0-0 draw on Saturday against Washington School of Greenville.

Brookhaven opened the season with a 5-0 win over Manchester Academy in Yazoo City.

Fortenberry scored four goals in that victory and LeBlanc added another. LeBlanc also two assists while Ainsly Orr and Newman had one assist each. Carmen Lambert also added an assist in the win.

BA will play at Laurel Christian on Aug. 11 and at Copiah Academy on Aug. 16.

Coach Alex Brown’s team will then play at St. Augustine in Ridgeland on Aug. 18.

The Cougars then make their long-awaited true home debut on Aug. 22 when they’ll play St. Augustine on R.M. “Red” Stuart Field at 6 p.m.